Woman who lost father to Covid-19: 'His only preexisting condition was trusting Donald Trump' – CNN

Kristin Urquiza, whose father Mark Urquiza died from the virus in June, said in a video message Monday night that he “paid with his life” by trusting the President’s repeated insistence that the pandemic would go away.
“The coronavirus has made clear that there are two Americas: the America that Donald Trump lives in and the America that my father died in,” she said.
“Enough is enough. Donald Trump may not have caused the coronavirus, but his dishonesty and his irresponsible actions made it so much worse.”
The comments marked one of the most poignant moments of the night as Democrats kicked off the DNC with a two-hour virtual event built on a theme of unity. 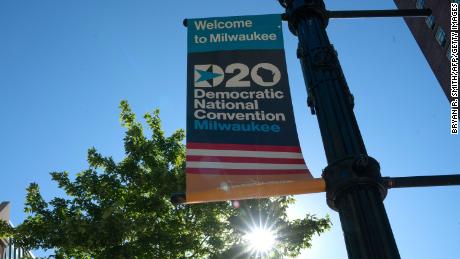 The four-night event began as former Vice President Joe Biden‘s lead is showing signs of narrowing. In a CNN poll released Sunday night, 50% of registered voters backed Biden to Trump’s 46%, which is right at the poll’s margin of error of plus or minus 4 percentage points.
Urquiza’s comments Monday built on a forceful obituary she penned for her father in July, in which she wrote that “his death is due to the carelessness of the politicians who continue to jeopardize the health of brown bodies.”
His passing, she wrote, was the result of “a clear lack of leadership, refusal to acknowledge the severity of this crisis, and inability and unwillingness to give clear and decisive direction on how to minimize risk.”
Urquiza had also written a letter to Arizona Gov. Doug Ducey inviting him to her father’s funeral and blaming his lack of action in preventing the spread of the virus for the deaths of her father and others.
She concluded her remarks Monday evening by declaring “we need a leader who has a national, coordinated, data-driven response to stop this pandemic from claiming more lives and to safely reopen the country. We need a leader who will step in on day one and do his job, to care.”
“One of the last things that my father said to me was that he felt betrayed by the likes of Donald Trump,” she continued.
“And so, when I cast my vote for Joe Biden, I will do it for my dad.”

CNN’s Eric Bradner and Gregory Krieg contributed to this report.