With Simona Halep Out, U.S. Open Field Is Missing Many Top Women – The New York Times 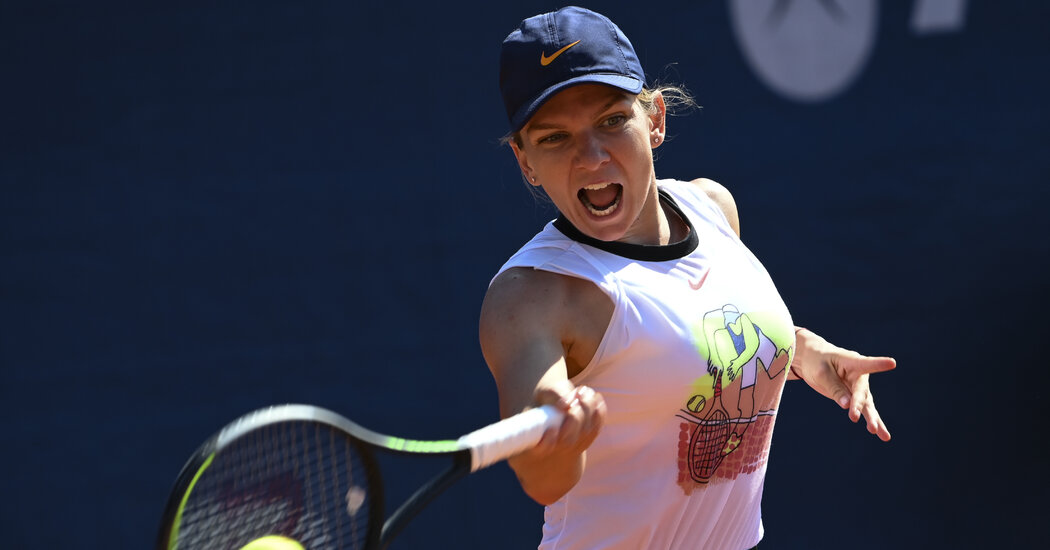 This will be the most unusual United States Open in history, with no spectators, an all-but-empty Arthur Ashe Stadium and players following extensive health and safety guidelines because of the coronavirus pandemic.

The tournament will also have the weakest women’s field in its history in terms of top 10 players. The latest blow came Monday when second-ranked Simona Halep withdrew, confirming what she had been suggesting for more than a month.

“After weighing up all the factors involved and with the exceptional circumstances in which we are living, I have decided that I will not travel to New York to play the U.S. Open,” she said on social media. “I always said I would put my health at the heart of my decision and therefore prefer to stay and train in Europe.”

That has become a tennis refrain this summer as leading players have continued to withdraw despite New York’s low rate of infections and event organizers’ considerable efforts to create a strictly monitored environment for players and their teams.

“I know the U.S.T.A. and WTA have worked tirelessly to put on a safe event,” Halep said, referring to the United States Tennis Association and the women’s tour.

Nonetheless, six of the top eight women are now out: No. 1 Ashleigh Barty of Australia, No. 2 Halep of Romania, No. 5. Elina Svitolina of Ukraine, No. 6 Bianca Andreescu of Canada, No. 7 Kiki Bertens of the Netherlands and No. 8 Belinda Bencic of Switzerland.

But the women’s tournament is hardly without major star power or major story lines. Serena Williams, 38, is still aiming for a record-tying 24th major singles title at a tournament where she has experienced major swings through the decades.

Ranked ninth, she will now be among the top four seeds. Karolina Pliskova of the Czech Republic will be seeded at No. 1, Kenin at No. 2, Williams at No. 3 and Naomi Osaka of Japan (but based in the United States) at No. 4.

“I think the biggest hit to the tournament would be Serena not playing,” said Tracy Austin, a two-time U.S. Open women’s champion who is now a Tennis Channel analyst. “With Serena, you still have the biggest story line with her going for 24.”

Sports and the Virus

Here’s what’s happening as the world of sports slowly comes back to life:

Women’s tennis is particularly deep and egalitarian at the moment. Plenty of established threats are still in the field, including Pliskova, Osaka, Petra Kvitova and the resurgent Garbiñe Muguruza, the powerful Spaniard who lost to Kenin in this year’s Australian Open final. There are also new threats like Kenin and 16-year-old Coco Gauff.

But there is no ignoring reality, either.

“This definitely has to be the weakest U.S. Open of the Open era,” Austin said, referring to 1968, when professionals were allowed to play the Grand Slam events, and afterward. “There might have been some Australian Opens and French Opens that were not as well attended, but that was obviously not because of the pandemic. It was because not everyone was playing them at the time. I think the Halep withdrawal is a particularly tough one. But I think the U.S.T.A. is doing the best they can in a difficult situation.”

In total, 19 of the current top 100 women have withdrawn, and more attrition is possible in the days ahead with a former No. 1, Angelique Kerber, among the undecided.

Some stars will be absent because of injury, including Andreescu, who has been out since October with a knee injury and recently injured a foot.

But the vast majority of absentees have concerns about traveling during the pandemic or about managing a dense tournament schedule that, after a five-month hiatus, has packed two Grand Slam tournaments into a six-week period.

The U.S. Open is set to run on hardcourts in New York from Aug. 31 to Sept. 13, with the French Open to follow on clay in Paris from Sept. 27 to Oct. 11 after being postponed from its original dates in late May and early June.

The prospect of quickly changing continents and surfaces has led to some players prioritizing the clay-court circuit, including Bertens and, in the men’s game, Rafael Nadal.

Roger Federer, a five-time U.S. Open champion ranked No. 4, is also out, but would most likely have missed the event even without the pandemic. He has announced that he is out for the rest of the season as he recovers from his second knee surgery of 2020.

Still, at this stage, only three of the top 10 men and nine of the top 100 are missing from the U.S. Open field. No. 1 Novak Djokovic, winner of five of the last seven Grand Slam singles titles and 17 over all, has arrived in New York and trained in Ashe Stadium. Ahead of the U.S. Open, he plans to play the Western & Southern Open, which begins on Saturday and has been moved to New York from Mason, Ohio, to create a two-tournament bubble.

“I don’t think it has anything to do with being men or women,” said Sven Groeneveld, who has coached the former women’s No. 1s Maria Sharapova and Ana Ivanovic and is in New York coaching a Japanese men’s player, Taro Daniel. “I think it comes down to personal reasons and individual decisions.”