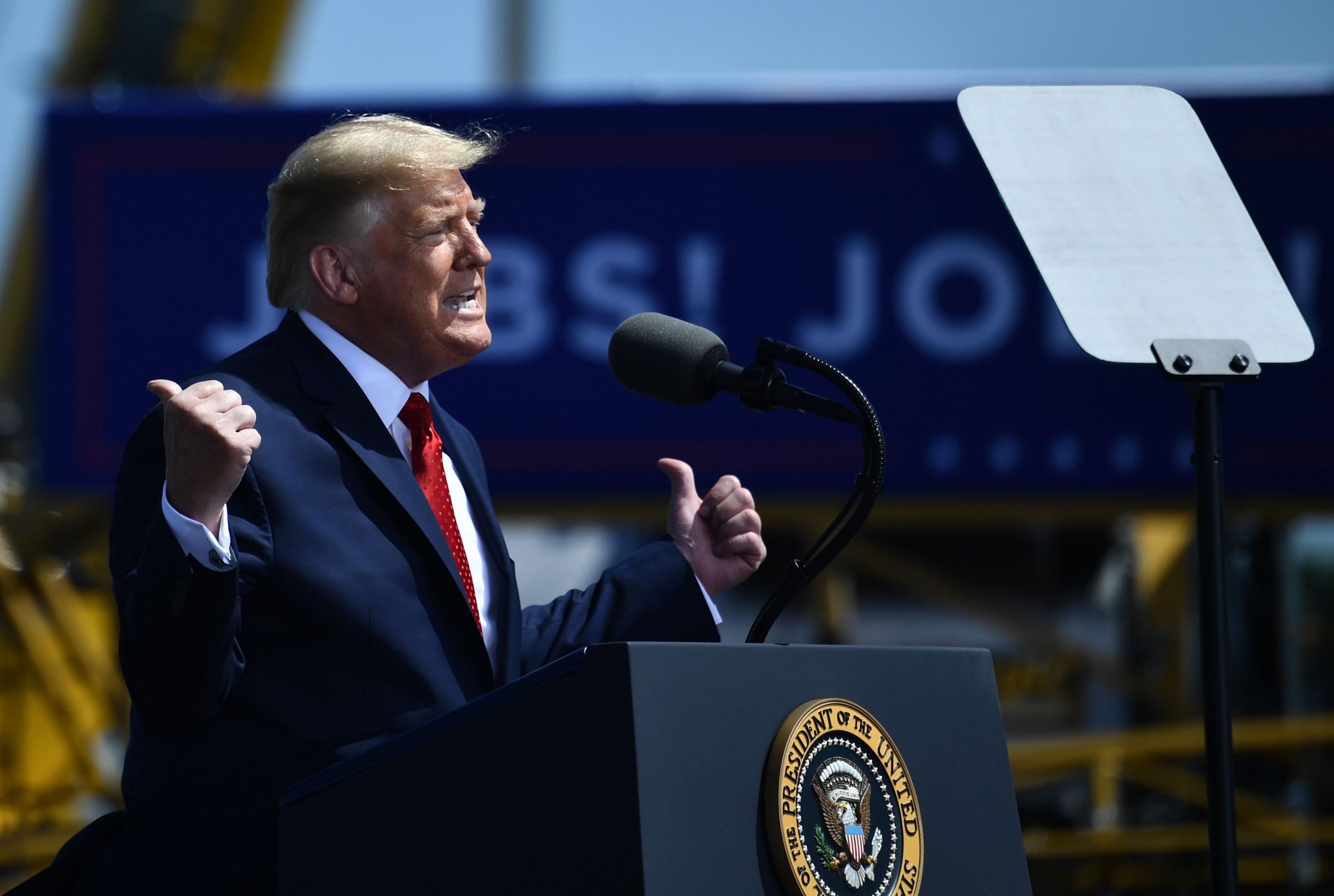 A former senior Trump administration official has endorsed Joe Biden in a damning video produced by a Republican group against the president.

“What we saw week in and week out, and for me, after two and a half years in that administration, was terrifying,” Miles Taylor said in a video from Republican Voters Against Trump. “We would go in to try to talk to him about a pressing national security issue – cyberattack, terrorism threat – he wasn’t interested in those things. To him, they weren’t priorities.”

Mr Taylor, who had served as Department of Homeland Security chief of staff under former secretary Kirstjen Nielsen, is one of the highest-ranking former administration officials to endorse the president’s rival.

The president wanted to “restart” a practice of separating children from their families at the US-Mexico border following its termination in 2018, despite a growing humanitarian crisis forcing thousands of children into federal custody while their migrant families were prosecuted, Mr Taylor has claimed.

“He wanted to go further and have a deliberate policy of ripping children away from their parents to show those parents they shouldn’t come to the border in the first place,” Mr Taylor said in the video. “He didn’t want us to tell him it was illegal anymore because he knew that there were, and these were his words, he knew he had ‘magical authorities’.”

Mr Taylor also authored an op-ed for The Washington Post, published on Monday, that echoes the allegations and illustrates a president who has “governed by whim, political calculation and self-interest”.

Agencies involved with the initial “zero tolerance” border decision “were unprepared to implement the policy, causing a disastrous backlog of detentions that ultimately left migrant parents and their children separated,” Mr Taylor wrote.

In the column, he claims that the president sought to “dump” people entering the US without legal permission into “Democratic-leaning sanctuary cities and states to overload their authorities, as he insisted several times”.

The president’s “indiscipline was also a constant source of frustration,” he claimed, pointing to a February 2019 meeting to avoid a possible government shutdown in which Mr Trump held a phone briefing with DHS to “discuss the colour of the wall”.

“He was particularly interested in the merits of using spray paint and how the steel structure should be coated,” Mr Taylor said. “Episodes like this occurred almost weekly.”

The president’s campaign did not immediately return The Independent‘s request for comment.

Mr Taylor also claimed that the president had directed the Federal Emergency Management Agency to “cut off the money and no longer give individual assistance” to people in California following deadly wildfires in the state.

“He told us to stop giving money to people whose houses have burned down in a wildfire because he was so rageful that people in the state of California didn’t support him and that politically it wasn’t a base for him,” Mr Taylor said.

The president wanted to “exploit” the DHS “for his own political purposes to fuel his own agenda”, said Mr Taylor, alleging that officials who continue to serve in the administration have warned him that a second term – if the president is re-elected – would be “no-holds-barred” and “shock-and-awe”.