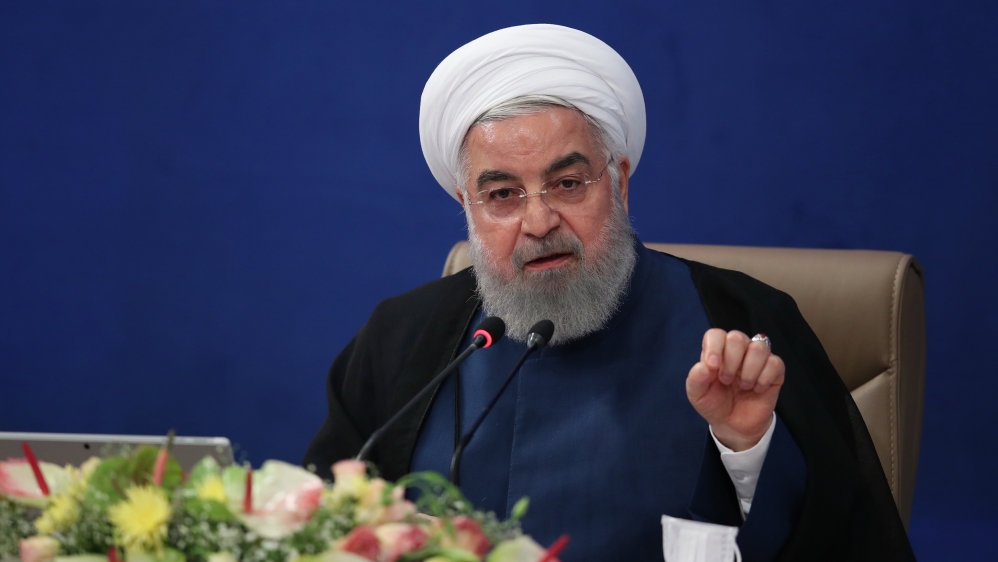 The UAE foreign ministry said the speech was ‘unacceptable and inflammatory and had serious repercussions for the security and stability of the Gulf region’ [File: Anadolu]

The United Arab Emirates (UAE) has summoned Iran’s charge d’affaires in Abu Dhabi in response to a speech by Iranian President Hassan Rouhani over its agreement to normalise ties with Israel, according to state media.

Rouhani said in a speech on Saturday the UAE had made a “huge mistake” in reaching a deal to establish diplomatic relations with Israel and called it a betrayal by the Gulf state.

“They [the UAE] better be mindful. They have committed a huge mistake, a treacherous act,” Rouhani said of the agreement announced on Thursday.

The UAE foreign ministry said the speech was “unacceptable and inflammatory and had serious implications for security and stability in the Gulf region”.

WAM also said the foreign ministry reminded Iran of its duty to protect the UAE diplomatic mission in Tehran.

Meanwhile, the secretary general of the six-member Gulf Cooperation Council (GCC) also condemned “threats” by Iran’s president and other Iranian officials towards the UAE over its agreement with Israel to normalise relations, the GCC said in a statement late on Sunday night.

There was no immediate response from the Iranian government.

Iranian media reported that a small group of protesters gathered in front of the UAE embassy in Tehran late on Saturday to protest against the agreement, which makes the UAE the first Gulf Arab state – and the third Arab country after Egypt and Jordan – to have full diplomatic ties with Israel.

Israel and the UAE announced they were establishing full diplomatic relations in a US-brokered deal that will see Israel delay plans for annexation of land it already illegally occupies that is sought by the Palestinians for their future state.

Israel Prime Minister Benjamin Netanyahu has insisted the annexation plans are only on “temporary hold” at the request of the United States.

After US President Donald Trump released his Middle East plan earlier this year, which was rejected by the Palestinians, Netanyahu said he would forge ahead with annexing parts of the West Bank.