Federal prosecutors on Monday indicted two men in the 2002 murder of Jam Master Jay, the former DJ of the famed rap-group Run-DMC. The killing was among New York City’s most notorious unsolved murder cases.

Karl Jordan Jr. and Ronald Washington were indicted on murder and drug-related charges in the fatal shooting of the DJ, whose real name was Jason Mizell. Prosecutors said the killing was “in cold blood” and described it as a drug-related homicide.

If convicted, Jordan and Washington face a minimum of 20 years in prison and a maximum life sentence, or the death penalty.

“The defendants allegedly carried out the cold-blooded murder of Jason Mizell, a brazen act that has finally caught up with them thanks to the dedicated detectives, agents and prosecutors who never gave up on this case,” said Seth DuCharme, acting U.S. Attorney for the Eastern District of New York.

According to prosecutors, Mizell was at his recording studio in Queens on October 30, 2002, when Washington and Jordan entered the building, where Jordan allegedly fired two close-range shots at the DJ. One of the shots struck Mizell in the head, killing him. The second, prosecutors said, struck another person in the leg. 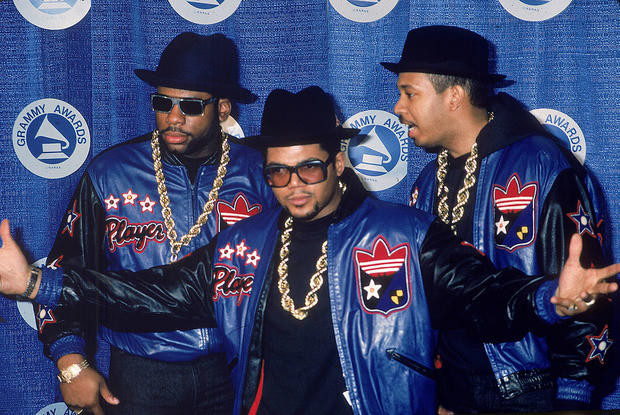 Prosecutors said an investigation revealed that the murder took place after Mizell acquired 10 kilograms of cocaine from a Midwest supplier and informed Washington that he would not be distributing the drugs in Maryland.

“The gunshots that rang out in a recording studio in Queens nearly 18 years ago, taking this pioneering rap artist’s life, have been answered,” NYPD Commissioner Dermot Shea said Monday.

Mizell left behind a wife and three children. He was a member of the 1980s group Run-DMC with Joseph “Run” Simmons and Darryl “DMC” McDaniel.