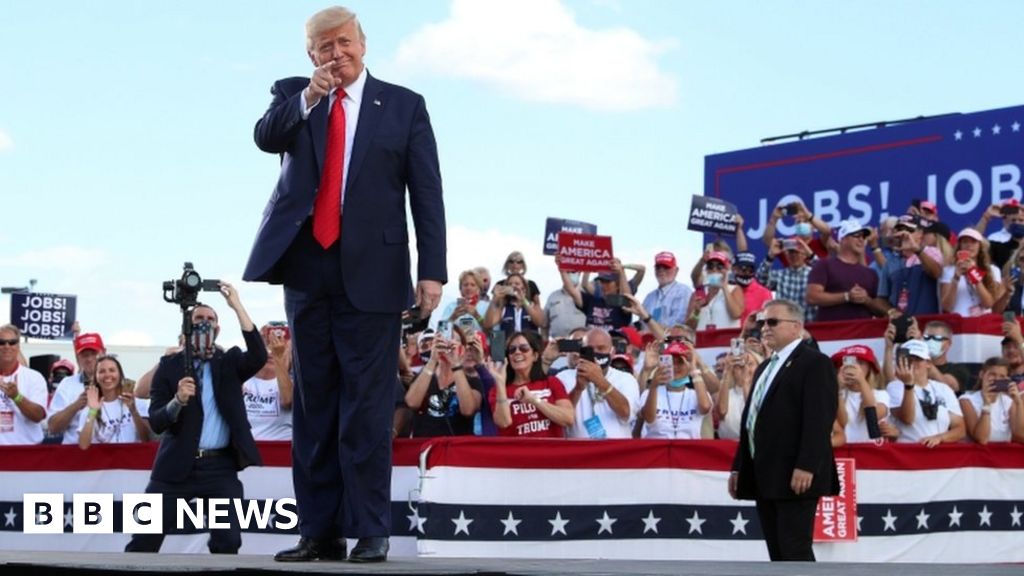 US President Donald Trump wants to offer tax credits to entice US firms to move factories out of China.

He has also threatened to strip government contracts from firms that continue to outsource work to China.

In a speech on Monday, Mr Trump vowed to create 10 million jobs in 10 months saying “we will end our reliance on China.”

It marks his latest attack on China, after moves that have involved tech companies TikTok, WeChat and Huawei.

The announcement came as tensions between Washington and Beijing have been escalating rapidly in recent months.

The Trump administration is now casting its net beyond the Chinese technology companies it has accused of threatening US national security.

“We will create tax credits for companies that bring jobs from China back to America,” Mr Trump said. “We built the greatest economy in the history of the world and now I have to do it again.”

Chinese communications giant Huawei has repeatedly come under attack by the US government and on Monday further restrictions were placed on the company to limit the electrical components it can buy.

The Trump administration has also threatened to include more Chinese technology firms on its blacklist of companies which face bans in the US, alongside TikTok and WeChat,

As November’s US presidential election approaches, Mr Trump has upped the ante in targeting China, accusing its companies of stealing American jobs and intellectual property.

In Monday’s speech, Mr Trump added that “we will make our critical drugs and supplies right here in the United States.”

Many well-known US products are made overseas for American consumers, a business strategy known as outsourcing.

America’s most valuable public company, Apple, uses a Taiwanese firm called Foxconn to make the majority of its best-selling iPhones. Foxconn has factories in both China and Taiwan.

Other iconic American brands, including Nike, also have large manufacturing plants in China as well as other parts of Asia.

China is often referred to as the “world’s factory” but its share of global exports has been hit by the trade dispute with the US and the coronavirus pandemic.