Public toilets are known for a number of things, and they’re almost all bad. They’re typically dirty, smelly, and depending on where they’re located, crowded. There’s nothing worse than needing to use the restroom only to spot a public toilet and then walk up to see that it’s occupied.

Tokyo is working to solve some of these problems by renovating dozens of public toilet locations around the Shibuya district, and they’ve hired professional architects to put their own spin on things. The result? The first transparent public toilets in the city and they’re way cooler than you can imagine.

The “Tokyo Toilet Project” is an effort by the Nippon Foundation to revitalize the commonly used public toilets in Shibuya, and while each location will get their own unique twist, the transparent toilets that have appeared near the Yoyogi Fukamachi Mini Park and Haru-no-Ogawa Community Park are definitely getting the most attention from passersby.

As you can see above the toilets are lined with transparent tinted glass, offering would-be bathroom users a hint as to whether they’re occupied or not. The real trick, however, comes when you close and lock the doors.

Nobody wants to have people watching them while they’re doing their business, and these transparent toilets have a very interesting trick up their sleeves. When you lock the doors, the specialized glass panels turn opaque, preventing anyone from peeping inside. When the door is unlocked, the glass becomes transparent once again. 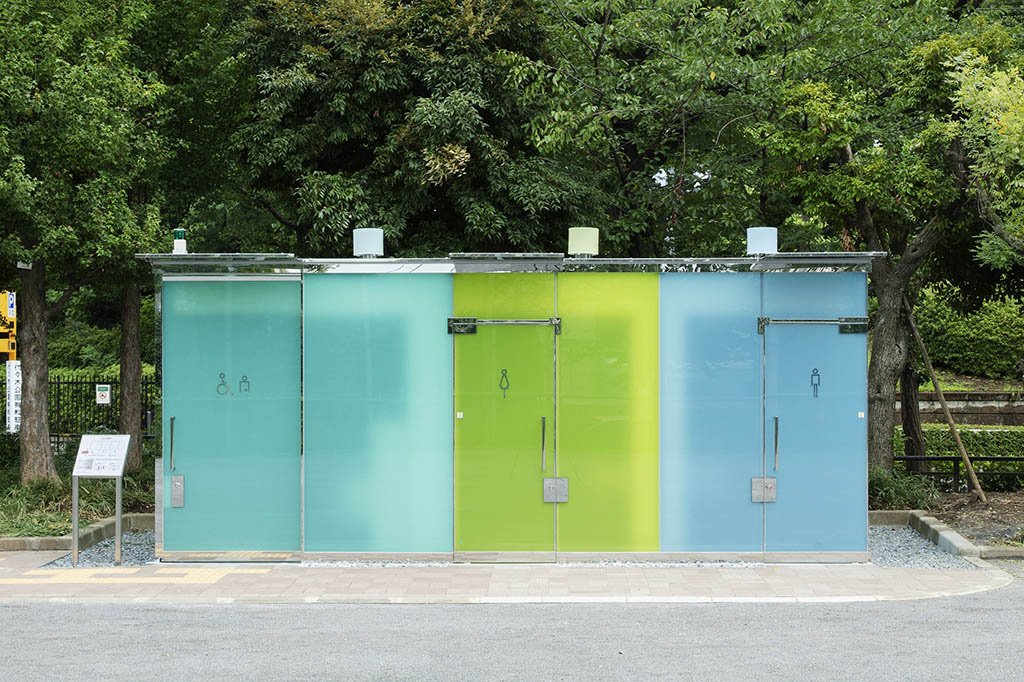 “There are two concerns with public toilets, especially those located in parks,” The Nippon Foundation says. “The first is whether it is clean inside, and the second is that no one is secretly waiting inside. Using a new technology, we made the outer walls with glass that becomes opaque when the lock is closed, so that a person can check inside before entering. At night, they light up the parks like a beautiful lantern.”

The idea here is that, since the toilets are transparent when a person leaves, people will leave them just as clean as when they found them. Additionally, they’re just plain cool to look at, and the fact that they glow at night should give passersby added comfort that there’s nobody lurking inside, waiting to mug them.

Whether the good people of Tokyo will decide that these new and improved restrooms are worthy of use remains to be seen, but I can’t imagine why anyone wouldn’t want to spend some time in them.

Mike Wehner has reported on technology and video games for the past decade, covering breaking news and trends in VR, wearables, smartphones, and future tech. Most recently, Mike served as Tech Editor at The Daily Dot, and has been featured in USA Today, Time.com, and countless other web and print outlets. His love of reporting is second only to his gaming addiction.