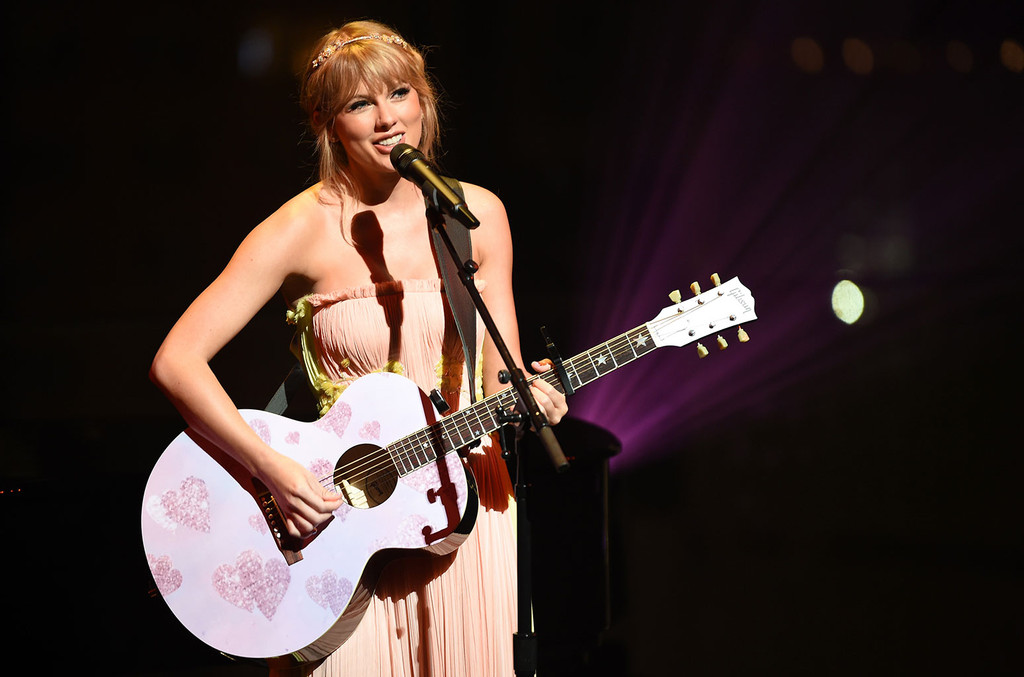 Taylor Swift holds onto her Australia chart crown as Folklore (Republic/Universal) holds off new releases from Luke Bryan and In Hearts Wake for a third successive week at No. 1 on the ARIA Chart.

Folklore, which also rules the albums charts in the U.S. and U.K., should continue to chart high after its release on CD in Australia. It’s the only album this year to hold the ARIA No. 1 for more than two weeks.

Homegrown metalcore outfit In Hearts Wake score a fourth career Top 10 with Kaliyuga (UNFD/Orchard), new at No. 3. It’s the Byron Bay band’s fifth studio album, and first since Ark went to No. 3 in June 2017. Kaliyuga is the leader on this week’s ARIA Vinyl Albums Charts.

British outfit Glass Animals score a career-high No. 2 in their homeland with Dreamland (Polydor/Universal). The new set arrives at No. 6 in Australia, where its their first Top 10 having previously impacted the ARIA Chart with How To Be A Human Being (No. 11 in September 2016) and Zaba (No. 12 in June 2014).

Another British act making their presence felt in this chart cycle is Deep Purple. The Rock And Roll Hall of Fame inducted rockers blast to No. 13 with Whoosh! (Sony Music), the followup to 2017’s Infinite, which peaked at No. 20.

New releases from Aussie acts Bronson (Bronson at No. 22 via Warner Music), Stand Atlantic (Pink Elephant at No. 23 via Hopeless Records/Remote Control Records), sleepmakeswaves (These Are Not Your Dreams at No. 25 via Bird’s Robe Records/MGM), and Teeny Tiny Stevies (Thoughtful Songs For Little People at No. 33 via ABC/Universal) crack the Top 40.

Over on the ARIA Singles Chart, Kiwi producer Jawsh 685 and U.S. singer Jason Derulo’s “Savage Love (Laxed – Siren Beat)” sets a new mark for most weeks at No. 1 by a New Zealand artist, breaking the previous record set by OMC’s “How Bizarre” in April 1996.

Cardi B grabs her first Top Ten entry as a lead artist with “WAP,” her new release with Megan Thee Stallion. It’s new at No. 2. Until now, Cardi’s highest charting single was “I Like It,” which reached No. 14 in July 2018.

The late American rapper Juice WRLD lands a third entry in this week’s ARIA Top 50 as “Smile” (Interscope/Universal) featuring The Weeknd starts at No. 8. Juice also takes spots No. 9 with “Come & Go” and No. 20 with “Wishing Well”.

Finally, Sia makes her first appearance in the ARIA Top 50 in two years with “Together” (Atlantic/Warner), new at No. 48. The single is lifted from the soundtrack to Music, the forthcoming film written and directed by the Aussie artist.

Gov. Andrew Cuomo says SCOTUS ruling on coronavirus restrictions is essentially a statement that “it's a different court.” – CNN