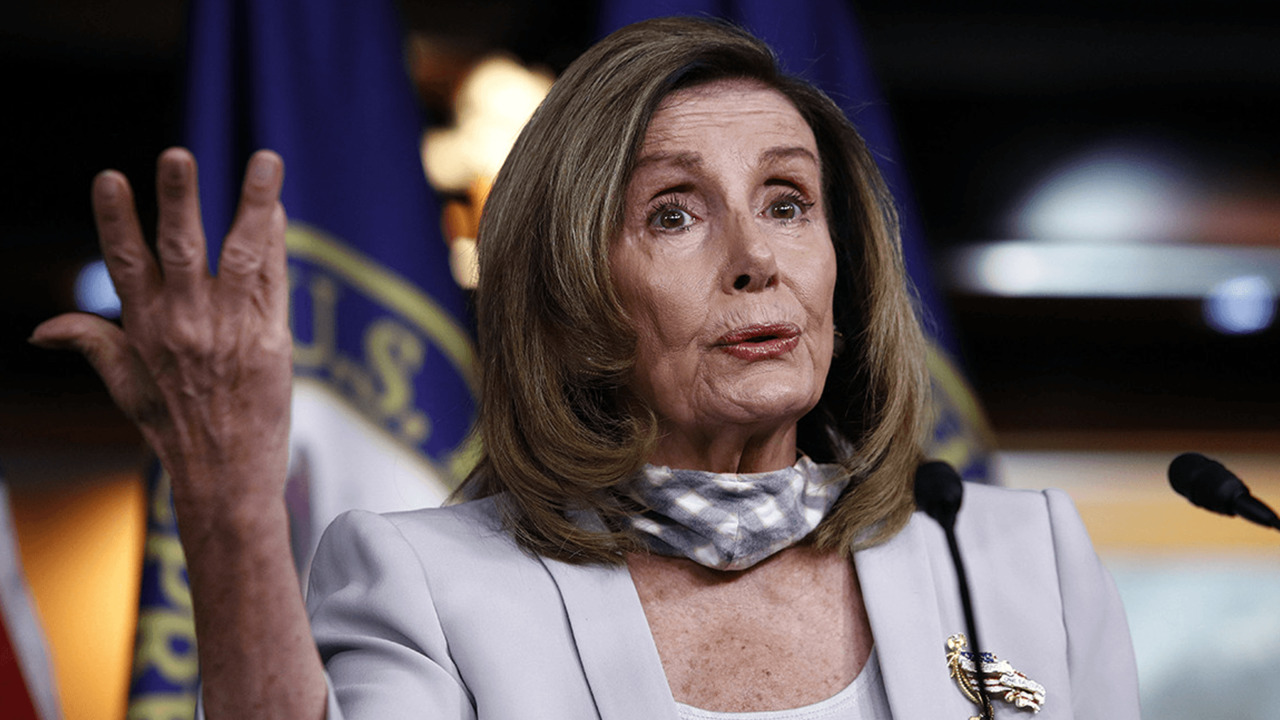 Nancy Pelosi maintained that the House would continue with plans to vote Saturday on a $25 billion bill to boost funding and stop organizational changes at the Postal Service.

The news that the Postal Service was suspending its “operational initiatives” broke moments before Pelosi’s interview with POLITICO Playbook authors Anna Palmer and Jake Sherman.

“They felt the heat,” the California Democrat said. “And that’s what we were trying to do, to make it too hot for them to handle.”

The speaker maintained that the House would continue with plans to vote Saturday on a $25 billion bill to boost funding and stop organizational changes at the Postal Service.

“Yeah, we want to roll them back. You know, he calls them reforms. Reforms! Reforms for what?” Pelosi said, referring to DeJoy. “I think it’s really important for the American people to know this: When they talk about the Postal Service, they say ‘Oh, they’re losing money, we have to make this, this and this.’ That’s not the point. It’s not a business. It’s a service.”

The Postal Service has emerged as a surprising flashpoint in recent weeks amid fears that it might struggle to handle the expected surge in volume around Election Day as Americans cast absentee ballots in order to avoid contracting Covid-19 at their polling place. Those fears had been compounded by reforms instituted by DeJoy that included shifting operational practices and taking sorting machines offline.

President Donald Trump, trailing in virtually all public polling ahead of November’s election, has railed against vote-by-mail plans, leveling unsubstantiated allegations that the practice will lead to widespread voter fraud. Asked last week about Democrats’ desire to increase funding for the Postal Service, Trump said he opposed such a move because USPS would not be able to accommodate voting by mail without it.

Pelosi attacked Republicans for trying to obstruct the right to vote and said if the election were held today, the Democrats would gain ground in Congress and take back the White House.

“The Post Office, really in this time of coronavirus, is election central,” Pelosi said. “And that’s why they are trying to disrupt it in such a blatant way. But they hit a nerve.”

House Democrats have urged Pelosi to allow voting on other stimulus measures on Saturday. While the speaker didn’t address those concerns, she reiterated her willingness to lower the Democratic asking price for the coronavirus relief measure amid stalled talks with Republicans.

“We’re willing to cut our bill in half to meet the needs right now,” Pelosi said. “We’ll take it up again in January.”

Pelosi doubled down on her criticism of DeJoy during an interview on MSNBC later Tuesday.

“What he did was take three big steps forward and took one baby step back, and that just doesn’t do it for us,” Pelosi said, emphasizing the need to pass legislation this weekend.