Nikola Motors has issued a response to a scathing note from short-seller Hindenburg Research last Thursday that precipitated a dramatic drop in the startup automaker’s stock price. The response aims to contradict several accusations.

Two days after Phoenix-based Nikola announced it was giving General Motors an 11% stake worth $2 billion in exchange for the manufacture of a proposed hydrogen-electric pickup along with the supply of GM fuel cell technology for Nikola’s semi-trucks, Hindenburg called Nikola “an intricate fraud built on dozens of lies.”

Short-sellers, who place bets a stock will fall, can and do publish research that can negatively influence the share price. When this occurs, the “shorts” benefit.

WHAT IS A SHORT-SELLER? 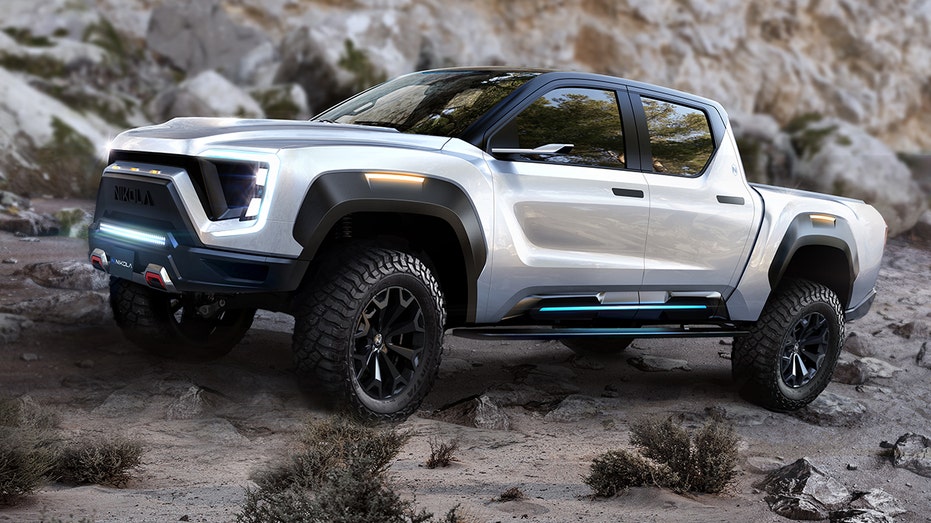 General Motors said it will engineer and manufacture the Nikola-designed and marketed Badger’ pickup on its Ultium electric vehicle platform. (Nikola Motors)

Hindenburg’s extensive point-by-point document was accompanied by an announcement that it had taken a short position in the company. On Friday, Nikola CEO Trevor Milton said his company intended to reach out to the Securities and Exchange Commission regarding the report and had retained outside counsel as it considers taking legal action against Hindenburg.

Among the issues raised by Hindenberg was that the Nikola One semi prototype featured in a 2017 promotional video “in motion” was a non-functional “pusher” and that the clip was produced by rolling it down a hill. Nikola’s response didn’t deny that the video was created in that fashion, but said that that the “proof of concept” truck was engineered to move under its own propulsion and that it decided not to invest the resources to make it do so before refocusing its efforts on the development of another vehicle.

Nikola also pointed to a statement made by automotive supplier Bosch on Friday that one of its employee’s quotes in the report, which was presented by Hindenberg to throw cold water on Nikola’s assertion about the status of one of its vehicles in development, was taken out of context. The response added that an accusation that Nikola was trying to pass off a supplier’s inverter technology as its own by covering up the name was false.

Regarding Hindenberg’s contention that Nikola was basing a claim of possessing a “game-changing” battery technology on a non-existing product from a company it planned to buy before it went bankrupt, Nikola said it is actually “related to an ongoing confidential R&D partnership with a leading academic institution” that it did not name.

Nikola dismissed many of Hindenburg’s other points as “not relevant to Nikola” and said the note took “shots” at several executives by belittling their expertise. These included a mention of Milton’s brother Travis, who is currently the company’s director of hydrogen production/infrastructure, having previously worked as a subcontractor laying a concrete driveway in Hawaii while “self-employed.”

GET FOX BUSINESS ON THE GO BY CLICKING HERE

During the announcement of the General Motors joint venture, Milton confirmed that his company was abandoning its own powertrain technology for a pickup called the Badger and would base the vehicle on GM’s Ultium electric vehicle platform and Hydrotec fuel cells, while also incorporating the latter into its class 7/8 trucks.

“We are fully confident in the value we will create by working together,” a GM spokesperson said in a statement following the Hindenburg note. “We stand by the statements we made in announcing the relationship.”

Six people are missing after landslides in Alaska – CNN