SpaceX and NASA will launch their next batch of astronauts to the International Space Station no sooner than October 23, the space agency announced on Friday.

That pushes back the anticipated start date of the Crew-1 mission, which was originally slated to launch as early as late September.

Crew-1 is technically SpaceX’s first official, contracted astronaut mission for NASA, since the one it recently completed was a demonstration. The successful completion of that test, called Demo-2, paved the way for at least six more planned ISS missions as part of NASA’s Commercial Crew Program.

NASA said in a press release that it pushed back the launch “to best meet the needs of the International Space Station” by coordinating with the schedules of other astronauts going to and from the ISS. That includes NASA astronaut Kate Rubins and Russian cosmonauts Sergey Ryzhikov and Sergey Kud-Sverchkov, who are slated to blast off on a Russian Soyuz rocket on October 14. The Crew-1 mission will also wait for NASA astronaut Chris Cassidy and cosmonauts Anatoly Ivanishin and Ivan Vagner to return to Earth from the space station on October 22.

Plus, the new timeline will allow the Crew-1 astronauts’ stay on the ISS to intersect with that of the members of the Crew-2 mission scheduled for spring.

NASA also said it is still wrapping up data reviews and certification processes following the Demo-2 mission, a key step in preparing for Crew-1. 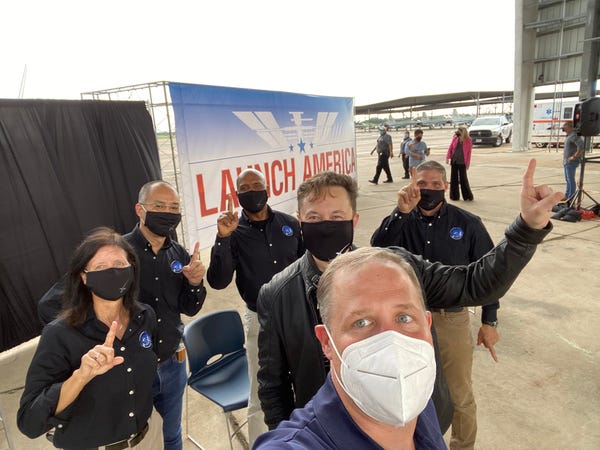 The team plans to stay on the ISS for the standard six months, during which they’ll conduct space walks, do science experiments, and work on regular station maintenance.

In partnering with SpaceX, NASA is reducing its reliance on Russian Soyuz spacecraft, which have recently cost up to $90 million per seat. NASA hasn’t been able to launch its own astronauts in American systems since 2011, when it ended the space shuttle program. A seat on a SpaceX shuttle is projected to cost $55 million, though that figure does not include the funding NASA gave the company to develop its new Crew Dragon spaceship in the first place.