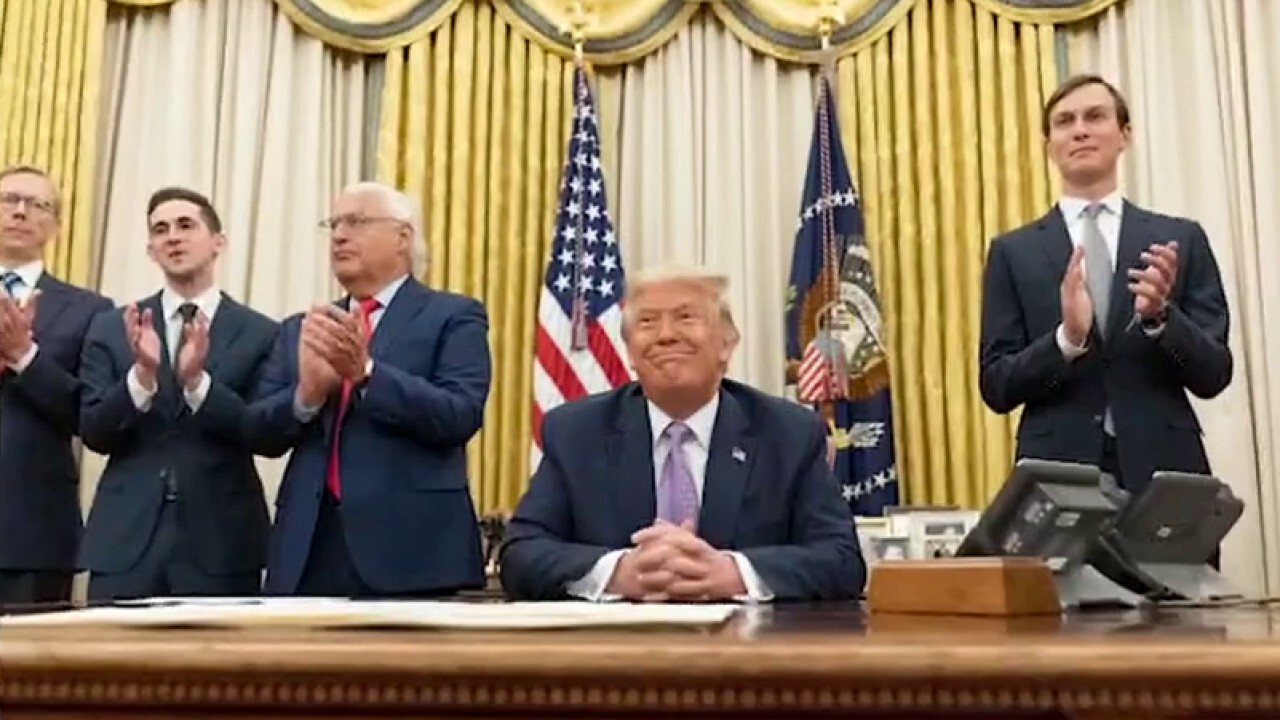 The mainstream media reacted in a short-sighted way to President Trump‘s Israel-United Arab Emirates peace deal that could change the world over the next century, a Muslim scholar said Saturday.

The peace deal will “end the game for the Islamist mothership, the Muslim Brotherhood” and put Iran on the defensive, according to Ahmed.

“It’s just very difficult to explain the scale of this. This is epic and historic,” she told host Pete Hegseth. “Our media, Pete, is looking only in the very narrow view. Our president is looking beyond even his second presidency. This will change the world for the next century.”

“I personally spent time with leaders of both Israel and the UAE during our administration building the case for cooperation and broader engagement and the benefits it could deliver to both nations, and I am gratified by today’s announcement,” Biden said in a statement Thursday.

“It’s so craven of Vice President Biden to try to claim that,” Ahmed said Saturday.

“President Obama and Vice President Biden did nothing other than empower Iran, feed into the Islamist machine, bring back funds that would be then deployed to Hezbollah, undermine and delegitimize the Sunni Muslim world, eviscerate any confidence the Arab world had in the United States, and laid the ground for tremendous mistrust,” she said. “They sided with the Muslim Brotherhood in Egypt against the Egyptian people.”

Ahmed added: “So this is such a welcomed refreshing change that Muslims around the world owe a debt of gratitude to President Trump and to Jared Kushner, and also recognize Sheikh Mohammed bin Zayed, the leader of the UAE, is really the powerhouse.”

The agreement, which Trump said will be called the “Abraham Accord,” named for the “father of all three great faiths,” will cause other nations to follow, said Ahmed, a member of the Council on Foreign Relations, a nonpartisan think tank.

“While there is noise, of course, from Palestinians, from Turkey and Iran, the chief enemies of the UAE, the chief patrons of Islamism, there is very tempered silence from Saudi Arabia, Pakistan, Indonesia — none of whom have condemned the agreement,” she noted.

“You will see Saudi Arabia join the suit, you will see Oman quickly open embassies, you will see Kuwait and Bahrain fall into line,” Ahmed predicted. “This is the end of the Arab boycott of Israel.”