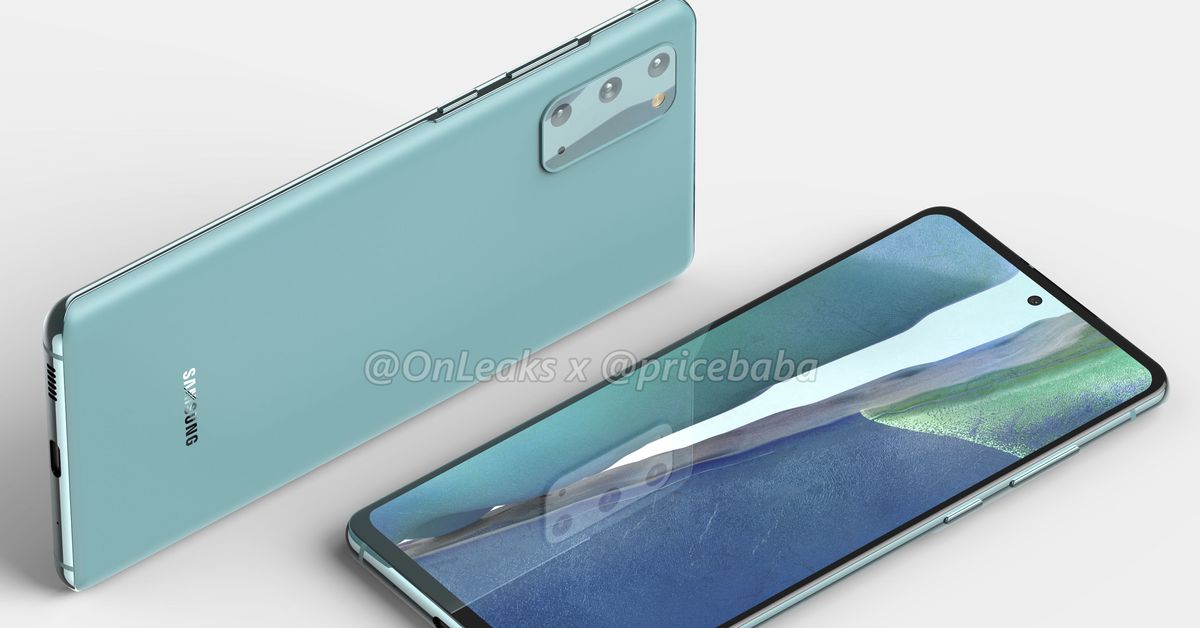 Samsung’s unannounced Galaxy S20 “Fan Edition” (FE) has leaked again in new renders from Evan Blass. A series of leaks over the past few months from the likes of SamMobile, Ice Universe, and The Elec suggest the phone will be a cheaper alternative to Samsung’s Galaxy S20, similar to the Galaxy S10 Lite that it announced earlier this year. The latest renders, which can be viewed over on XDA Developers, show the Galaxy S20 FE in six colors: blue, mint green, white, red, pink, and orange.

The Galaxy S20 Fan Edition looks to have a very similar design to the existing Galaxy S20, as you’d expect. Around the front there’s a hole-punch cutout for its selfie camera (which reports have previously claimed will have a 32-megapixel sensor) and around the back there appears to be a triple-camera array housed within a rectangular camera bump. A report from The Elec has claimed that these consist of a 12-megapixel wide-angle camera, a 12-megapixel ultra-wide, and an 8-megapixel telephoto with a 3x optical zoom.

The renders from Evan Blass look broadly similar to a series of unofficial renders that were published over the weekend by Pricebaba based on information provided by tipster Onleaks. Pricebaba reports that the phone’s screen will be between 6.4 and 6.5-inches big, which would make it slightly bigger than the standard 6.2-inch Galaxy S20, but smaller than the 6.7-inch S20 Plus. This screen is rumored to have a 120Hz refresh rate, and the phone will reportedly be powered by a Qualcomm Snapdragon 865 with a 4,500mAh battery.

If the “Fan Edition” moniker sounds familiar, it’s because Samsung previously used it when it re-released the Galaxy Note 7 way back in 2017. The handset featured a smaller battery than the original Note 7, after the original device had to be recalled when its battery started suffering overheating issues and even caught fire in some cases.

The latest leak doesn’t offer any new information on when or where the Galaxy S20 Fan Edition might release, but The Elec previously reported that Samsung could release it in October this year for 900,000 won (around $759). That compares to a base price of $999.99 for the original Galaxy S20.