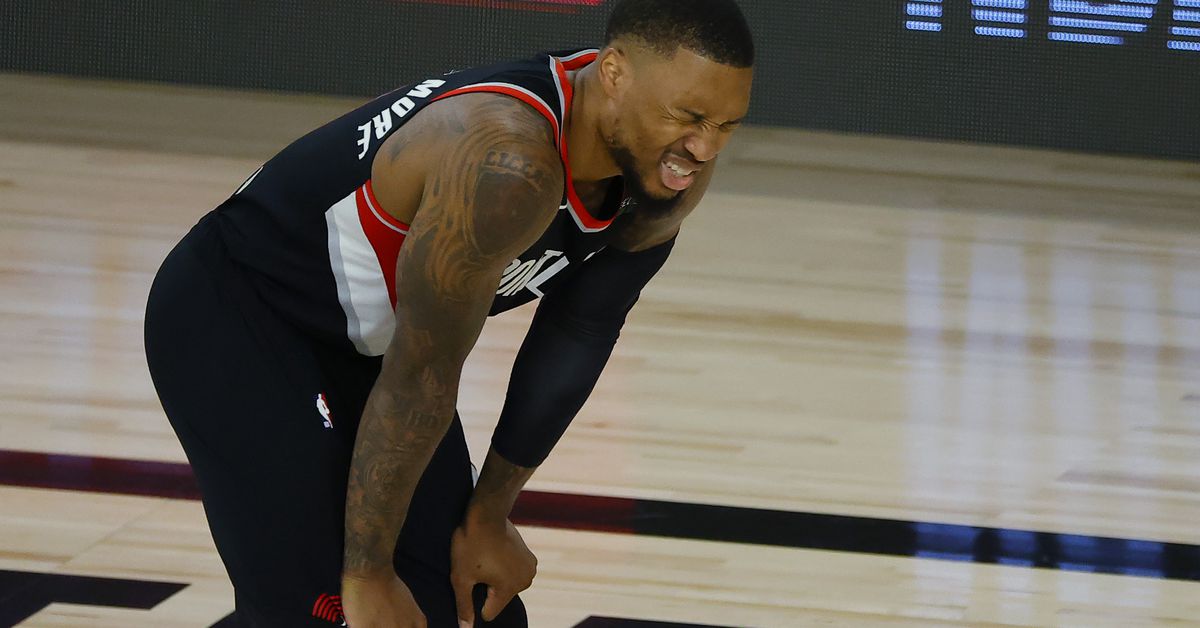 With Damian Lillard’s electric run in the NBA bubble, it seems as if certain national NBA writers are discovering (or re-discovering) his greatness.

But, as Bryan Armen Graham writes for The Guardian, Lillard thrives as an outsider:

The 30-year-old point guard for the Portland Trail Blazers is a five-time All-Star. He’s made the cover of NBA 2K, which, yes, is still a big deal. He’s released three LPs as Dame Dolla (an acronym for Different On Levels the Lord Allows) and, even more improbably, they don’t suck. His 37-foot buzzer-beater to eliminate the Thunder from last year’s playoffs and effectively bury the Russell Westbrook era in Oklahoma City is one of the greatest shots in playoff history (say nothing of the slew of memes his hilariously detached victory stare inspired).

But when 116 current players were asked to name the NBA’s most underrated player in an anonymous poll last year, Lillard came in second.

But that hasn’t deterred Lillard, and as Graham notes, he is committed to winning in Portland, his way:

When Lillard became a free agent at the end of his three-year rookie deal with the Blazers, there wasn’t a team in the league that wouldn’t have emptied the coffers to bring him aboard. But Lillard never even considered leaving the club that took a chance on an undersized guard from a mid-major conference with the sixth overall pick in the draft, agreeing to a max extension to remain with Portland before negotiations could even start. He famously chose to wear the No 0 shirt with the Blazers to carry these three stages of his journey with him as a constant reminder of how far he’s come: Oakland, Ogden and Oregon.

“If I go play with three other stars, I don’t think that many people would doubt that I could win it. We would win it, but what is the challenge or the fun in that?” Lillard told Complex last year. “I wanna be the one, the star that wants to be here. … I wanna be the one that embodies all of those things and then be a part of the rise from ‘we haven’t won since ‘77, and now we won, and Dame’s everything to our city.’”

If this is to be the year, Portland will need still more magic from Lillard to get through a Lakers side that rolled to the best record in the Western Conference behind LeBron James and Anthony Davis, a pair of stars who, it must be said, left their previous clubs to team up in pursuit of a title. And, truly, what’s the fun in that?

He’s right in saying that Lillard will need to continue to be magical to have a chance against the Lakers. But no one in their right mind doubts that he’s capable of shocking the NBA world – and if he doesn’t, he’ll go down swinging

Game 1 between the Lakers and Trail Blazers is Tuesday at 6pm PST.