Kristin Urquiza, whose father died from coronavirus, delivered a critique of Trump during the DNC – Vox.com 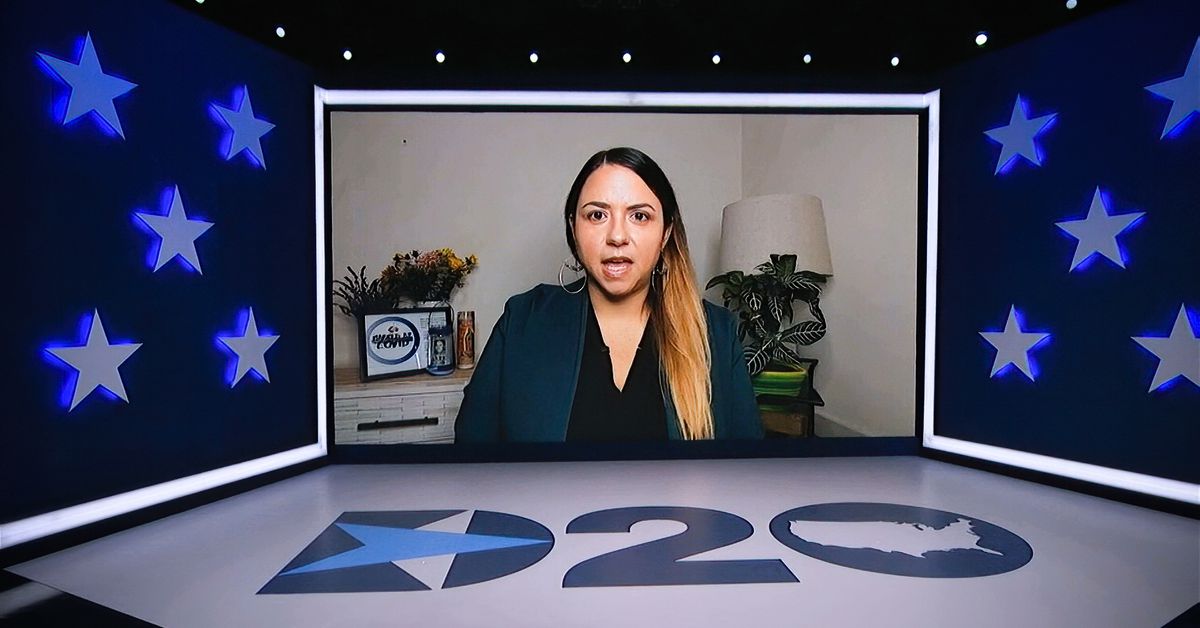 Kristin Urquiza, a woman whose father died from Covid-19, delivered one of the most scathing indictments of America’s response to the pandemic during the first night of the 2020 Democratic National Convention on Monday, saying his only preexisting condition was “trusting Donald Trump, and for that, he paid with his life.”

Her father Mark Anthony Urquiza, a 65-year-old who voted for Trump in 2016, had heeded the president’s urges to reopen the country’s economy and roll back social distancing guidelines. He went to a bar with his friends after Arizona’s stay-at-home order was lifted on May 15, making it one of the first states nationwide to reopen, and by June 11, he fell ill. Despite being put on a ventilator to help him breathe, he died from the virus only weeks later.

Urquiza said Monday that her father’s death was emblematic of the way communities of color have been disproportionately affected by the virus. According to the Covid Tracking Project, Black Americans and Latinos are dying at 2.4 times and 1.4 times the rate of white people, respectively.

Kristin Urquiza, whose father, a Trump voter, died of Covid-19: “My dad was a healthy 65 year-old. His only preexisting condition was trusting Donald Trump, and for that he paid with his life.”#DemConvention pic.twitter.com/Smb4e4oSPZ

Urquiza had delivered a similarly blistering obituary for her father in the Arizona Republic that went viral. She blamed his untimely death on the failures of both Trump and Arizona Gov. Doug Ducey, whom she invited to the funeral.

Ducey had downplayed the virus for months, only instructing people to wear masks in mid-June. He even claimed in late May that “it’s safe out there,” adding “I want to encourage people to get out and about, to take a loved one to dinner, to go retail shopping.”

But Ducey didn’t take Urquiza up on her invitation.

“His death is due to the carelessness of the politicians who continue to jeopardize the health of brown bodies through a clear lack of leadership, refusal to acknowledge the severity of this crisis, and inability and unwillingness to give clear and decisive direction on how to minimize risk,” Urquiza’s obituary said.

About a week after her obituary went live, she received a letter she shared with the Arizona Republic from Joe Biden, the former vice president and presumptive Democratic nominee, expressing his condolences.

“The family bonds that Mark spent his life strengthening are meant for times like these,” Biden’s letter said. “They’re meant for you to lean on to share some of those burdens that are terribly difficult to bear alone.

Will you become our 20,000th supporter? When the economy took a downturn in the spring and we started asking readers for financial contributions, we weren’t sure how it would go. Today, we’re humbled to say that nearly 20,000 people have chipped in. The reason is both lovely and surprising: Readers told us that they contribute both because they value explanation and because they value that other people can access it, too. We have always believed that explanatory journalism is vital for a functioning democracy. That’s never been more important than today, during a public health crisis, racial justice protests, a recession, and a presidential election. But our distinctive explanatory journalism is expensive, and advertising alone won’t let us keep creating it at the quality and volume this moment requires. Your financial contribution will not constitute a donation, but it will help keep Vox free for all. Contribute today from as little as $3.