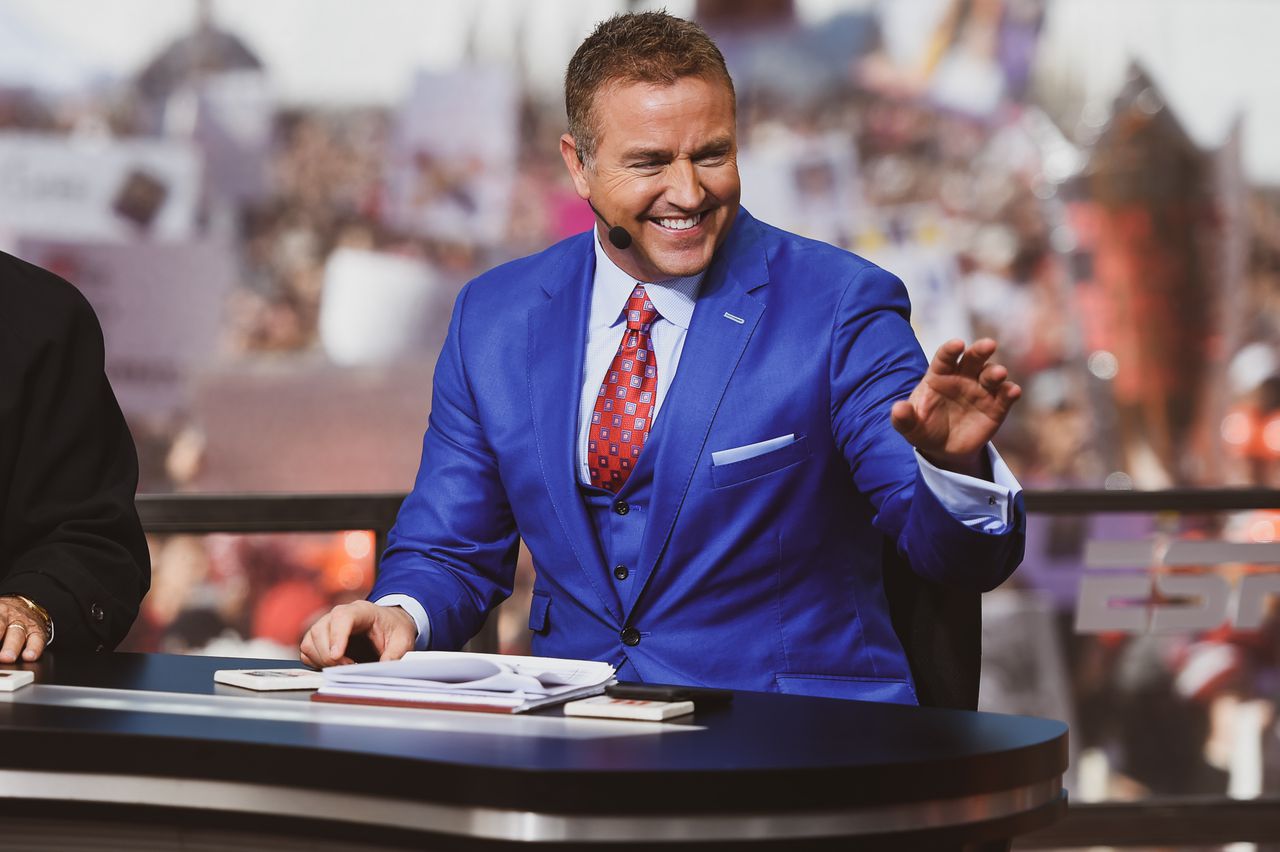 For starving fans and analysts alike, it was the first real nibble of college football in what has been a fat-free diet of opinion and speculation leading up to the fall. Now, they have something to sink their teeth into and feast.

It didn’t take long for college football analyst to dive into schedule.

ESPN “GameDay” analyst Kirk Herbstreit, who joined the SEC’s broadcast, pointed out what struck him at first glance.

“The thing that stood out to me was (Alabama coach) Nick Saban would have a lot of former assistant coaches,” he said. “He has four of them back-to-back-to-back. (Oct. 3 Texas A&M’s Jimbo Fisher, Oct. 10 at Ole Miss’ Lane Kiffin, Oct. 17 Georgia’s Kirby Smart, Oct. 24 at Tennessee’s Jeremy Pruitt).

“Alabama doesn’t necessarily have an easy road to get to the championship. “

Meanwhile, the league – he said – didn’t do Dan Mullen any favors.

“I don’t know who set this up, but what about the Florida Gators?” Herbstreit asked. “On paper, Florida is a team you can make a strong argument that they have a team that can compete with Georgia. They pick up LSU and Texas A&M in West with everyone else they play in the East, so it becomes that more daunting for Dan Mullen and the Gators.”

For Rece Davis, it is all about how the season starts and ends.

“The bookends were the things that jumped out to me,” Davis said on the SEC Network’s broadcast. “First, new coaches getting baptized into the league. (Missouri’s Eli) Drinkwitz getting the Tide, (Arkansas’) Sam Pittman getting the (Georgia) Dawgs. (Mississippi State’s Mike) Leach going to visit LSU. (Ole Miss’) Lane (Kiffin) getting Gators, albeit at home.

“Then, if you go to the end of the schedule, a lot of people are going to look at Alabama-Auburn as the penultimate week, but if you look at the following week, you have a lot of implications for wins and loses. Alabama and LSU have games in the West they can manage, but Auburn and Texas A&M have each other. That will be a lot more difficult way to finish if they are in the middle of it.”

Harper said Alabama’s games in Week 4 against Georgia and Week 6 against Mississippi State are potential problems.

Originally, he said, he didn’t think Georgia would be ready for the Tide in what was supposed to be a Week 2 matchup. “But now, playing them in Week 4, Georgia’s offense with Jamie Newman is going to understand who they are personality-wise offensively. Defensively, Georgia is going to be stout, and I think they are going to give Alabama all types of problems.

“I think this is going to be the scariest game on the schedule for Alabama, especially when they play them and how they play them.”

He also believes Mississippi State “will be one of the biggest test for Alabama’s secondary.”

Meanwhile, SEC analyst and former Alabama quarterback Greg McElroy points to the Week 7 matchup between Florida and Georgia on Nov. 7.

“We know how important this game is for both Georgia and Florida,” he said. “Both teams bring back an awfully amount of talent.” He added the game will likely decide the SEC East again.

Still, despite the schedule, Herbstreit predicts some familiar faces in the SEC Championship Game.

“I feel Bama would be the team in the West,” he said. “I love LSU and coach (Ed) O (Orgeron), but I think they lost a lot there. I would favor Bama even though that schedule looks tough.

“I was sneaky wanting to pick Florida with all the Georgia hype. The schedule makes me nervous. I have Georgia and Bama with Bama prevailing and winning the SEC.”

Here is some of the other reaction to the schedule news: