Killing of Jam Master Jay of Run-DMC: 2 Are Arrested – The New York Times 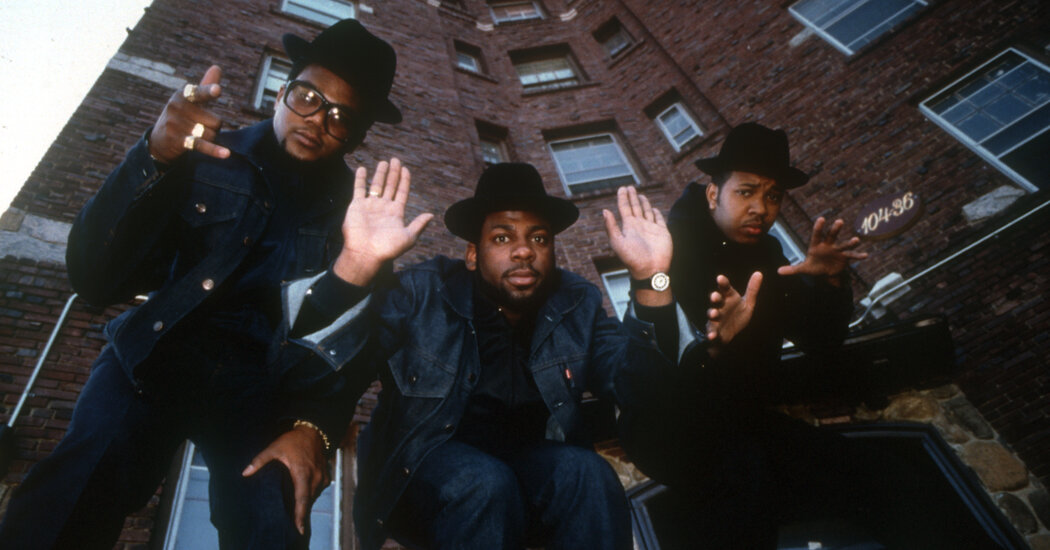 When Jam Master Jay, the D.J. for the pioneering rap group Run D.M.C., was killed in his studio in Queens nearly 20 years ago, it struck the hip-hop world with the force of a tragedy.

Shrines to Jay, whose real name was Jason Mizell, popped up in barbershops and on street corners. People wanted to know who could have gunned down a peaceful, old-school D.J. whose group rapped mostly about sneakers, girls and basketball.

Over the next two decades, Mr. Mizell’s murder achieved a mythic status as one of the rap world’s coldest cases. Like other hip-hop shootings, there were endless theories and suspicions. There were also plenty of leads, but none of them resulted in charges — until now.

On Monday, city and federal authorities announced that they had charged two men who had long been suspects in the case. The authorities blamed the fatal shooting on a cocaine deal gone wrong.

The two men, Ronald Washington and Karl Jordan Jr., were charged with murder while engaged in drug trafficking in a 10-count indictment unsealed on Monday in the U.S. District Court in Brooklyn.

Mr. Jordan pleaded not guilty at his arraignment Monday afternoon. Mr. Washington was expected to be arraigned later in the week. Both men face minimum sentences of 20 years in prison if convicted.

Without going into specifics, Seth D. DuCharme, the acting U.S. attorney in Brooklyn, acknowledged that the authorities faced serious challenges in pursuing the case since Mr. Mizell was killed in late 2002. Mr. DuCharme credited Queens detectives, the F.B.I. and agents from the Bureau of Alcohol, Tobacco and Firearms for their persistent investigation.

“This is a case about a murder that for nearly two decades has gone unanswered,” Mr. DuCharme said. “Today we begin to answer that question of who killed Jason Mizell and why.”

According to court papers filed on Monday, Mr. Washington and Mr. Jordan, both of them armed, broke into Mr. Mizell’s studio on Merrick Boulevard in Jamaica, Queens, at about 7:30 p.m on Oct. 30, 2002. As Mr. Washington forced someone inside the studio to the ground at gunpoint, the papers say, Mr. Jordan fired a bullet into Mr. Mizell’s head, killing him almost instantly.

“They walked in and murdered him in cold blood,” Mr. DuCharme said.

Prosecutors said that the two men had “executed” Mr. Mizell after he sought to exclude them from “a multi-kilogram, multistate narcotics transaction.” In July 2002, just months before the murder, court papers say, Mr. Mizell had received about 10 kilos of cocaine “on consignment” from a supplier in Maryland.

Mr. Washington and Mr. Jordan were supposed to have been his partners in the deal, the papers say, but after a dispute — which was not described — Mr. Mizell threatened to cut them out.

“There was a beef — it didn’t go as planned,” one official said.

Mr. Washington, 56, is currently serving a federal prison sentence for six robberies. Mr. Jordan, 36, was taken into custody on Sunday.

Federal prosecutors first accused Mr. Washington of taking part in Mr. Mizell’s murder in 2007 when he was convicted in the robbery case and sentenced to 210 months in prison, said Susan Kellman, his lawyer at the time. Although prosecutors tried to use the murder accusation in a bid to raise his sentence, Ms. Kellman said she never took it seriously.

“I had a sense that somebody whispered something in their ear to get themselves out of trouble,” she said, adding that Mr. Washington had always said he was not the killer. “When he heard the allegation, he was laughing, he said, ‘Good one,’” she said.

Mr. Washington did not appear to have a lawyer representing him on the new charges. Mr. Jordan’s lawyer did not return a request for comment.

A law enforcement official, who spoke on the condition of anonymity, said two witnesses in the case were cooperating with the government.

In the weeks and months that followed the killing of Mr. Mizell, 37, detectives explored several possible explanations for the shooting, including that it stemmed from a grudge against the rapper 50 Cent, who was a protégé of Jam Master Jay’s. That theory was later discounted.

Investigators who reviewed Mr. Mizell’s business and personal relationships struggled with finding a motive and wondered why someone might want to kill a man who had not embraced prominent rivalries with others in the industry.

The case went cold a few years later, but was reopened in 2016.

Mr. Mizell’s older brother, Marvin Thompson, said in an interview that year that his brother felt he had nothing to show for all the work he had put into his career, and he wanted to cut ties with those around him.

“‘I’ve been doing this music all this time and I don’t have nothing to show for it,’” Mr. Thompson recalled his brother saying. “‘I got all these leeches on me.’”

Mr. Thompson said his brother “felt it was time to shake everybody loose.”

Mr. Thompson, who died in 2018, remained convinced that the killing involved people close to Mr. Mizell, including some who were among four people in the studio that night.

“I’d like to know the truth,” he said. “You hear so many different speculations — drugs, jealousy. I need to know who and why. That’s the major answer right there. Then I can have peace in my spirit.”

Mr. Mizell spent several years of his childhood in the Queens neighborhood of Hollis, which has a rich hip-hop legacy.

He gained nationwide fame as the trailblazing D.J. for Run-DMC, a trio that included Joseph Simmons, known as Run, and Darryl McDaniels, known as DMC.

In the years before Mr. Mizell’s death, he increasingly embraced the role of a local talent scout, listening to demo tapes of 14- and 15-year-old rappers and making suggestions. In 2002, he founded the Scratch D.J. Academy, where students learned D.J. techniques.