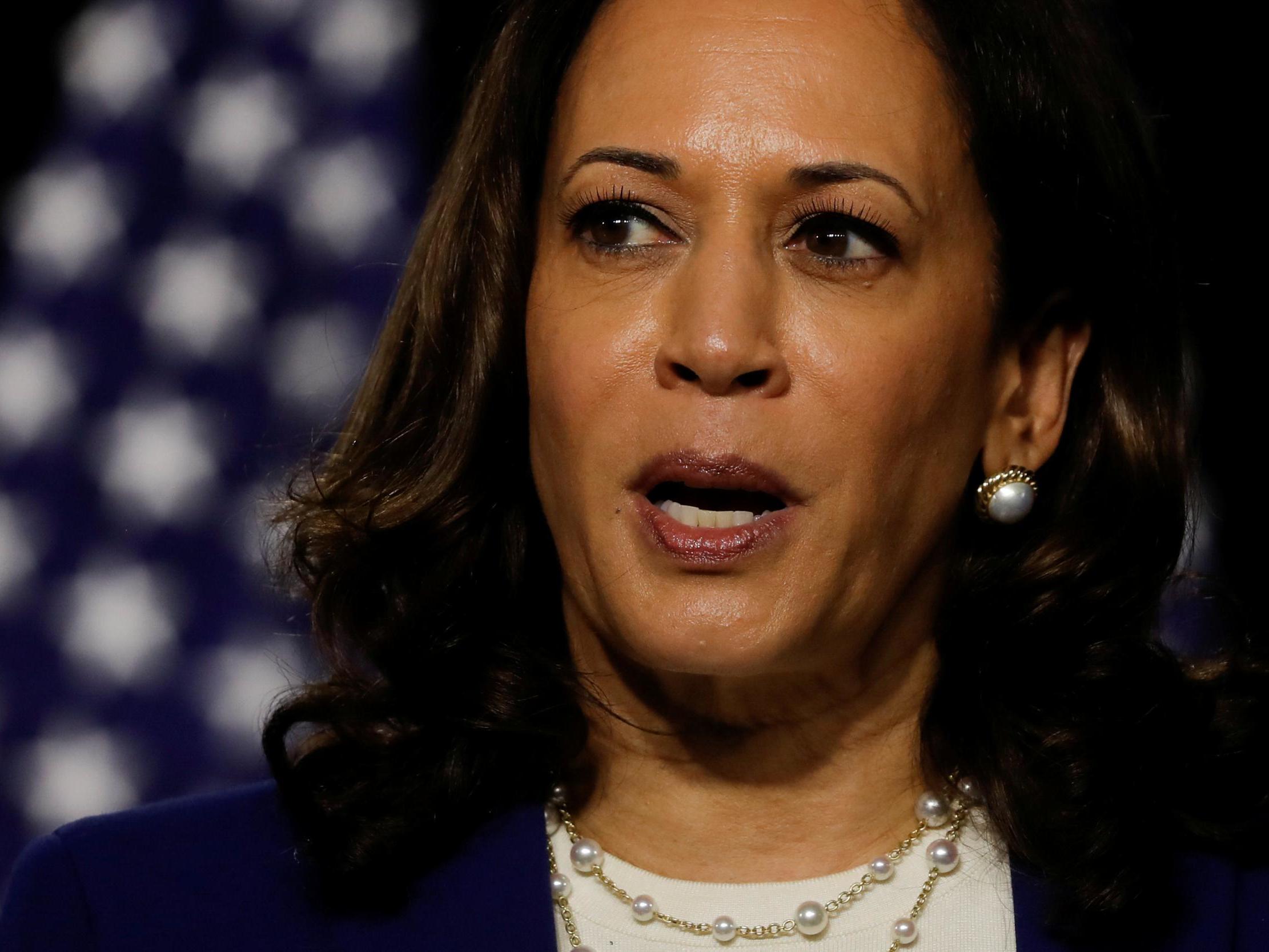 The California senator selected by Joe Biden to join his presidential campaign spoke to TheGrio on Saturday in a wide-ranging interview after the president claimed in a White House press briefing last week that he had “no idea” whether she met the requirements to become vice president, adding: “I heard today that she doesn’t meet the requirements.”

Ms Harris was born in Oakland, California and can serve as both vice president and president — despite racist claims published by Chapman University professor John Eastman in Newsweek that the president later attributed during his briefing with reporters. If elected, she would become the first black woman and person of Indian descent to serve in the White House. Conspiracy theories about her origins, similar to those Mr Trump used against Barack Obama throughout his presidency, are rooted in racism and have no basis in reality.

“They’re going to engage in an attempt to distract from the real issues that are impacting the American people,” Ms Harris said. “And I expect that they will engage in dirty tactics. And this is going to be a knockdown, drag-out. And we’re ready.”

Ms Harris has previously shot down the unfounded accusations when she ran for president in March of last year, telling the popular radio programme The Breakfast Club: “So I was born in Oakland, and raised in the United States except for the years that I was in high school in Montreal, Canada.”

“And look, this is the same thing they did to Barack (Obama),” The senator added with a laugh. “This is not new to us and so I think that we know what they are trying to do.”

Ms Harris’ interview with TheGrio was her second since the Biden campaign officially announced she was joining the presumptive Democratic ticket last week. Her first sit-down interview as the presumptive vice presidential nominee was with The 19th, a new media outlet dedicated to women and politics.

Mr Biden and Ms Harris were set to accept the Democratic Party’s nominations for the White House during this week’s Democratic National Convention.

Speaking during the weekend, Ms Harris said she was prepared to deal with the potential onslaught of incendiary conspiracies throughout the campaign.

Ms Harris concluded: “Nothing that we have ever achieved that has been about progress has come without a fight.”