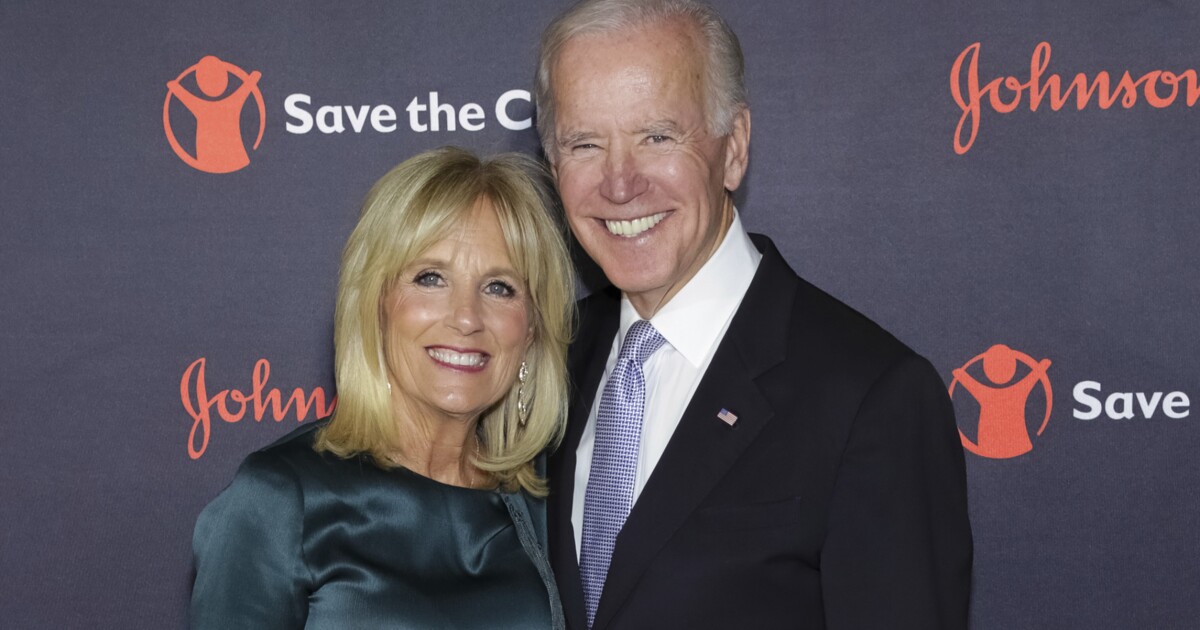 Jill Biden had an affair with Joe Biden, the presumptive Democratic presidential nominee, in the 1970s that broke up her previous marriage, according to her ex-husband.

In a Monday interview with the Daily Mail, Bill Stevenson, Jill Biden’s previous husband, asserted that she and the former vice president’s story about how their relationship came to be is not accurate. The Bidens claimed that they became a couple in 1975 after a blind date, but Stevenson said the two met in 1972 and that he suspected the affair in 1974.

“I genuinely don’t want to harm Jill’s chances of becoming first lady. She would make an excellent first lady, but this is my story,” Stevenson said, teasing his forthcoming book. “It’s not a bitter book — I’m not bitter because if it wasn’t for my divorce, I would never have met my wife Linda, and she’s the greatest thing in my life — but it does have facts in it that aren’t pleasant to Jill and Joe.”

In 1972, Stevenson and his then-wife worked on Biden’s first U.S. Senate campaign representing Delaware. At the time, Biden was married to his first wife, Neilia. She and their 1-year-old daughter Naomi later died that year in a car crash.

In her book Where the Light Enters, Jill Biden said her ex-husband was more personally invested in her eventual husband’s Senate campaign and supported his bid. She recalled meeting Biden’s first wife at Biden’s campaign victory party in 1972. The party was at Hotel Du Pont in Wilmington, Delaware.

“The crowd vibrated with energy, but it was all a bit too much for me — the noise, the emotion, the rising temperature. I was ready to leave for the promised dinner when I noticed a blond woman walking through the crowd, shaking hands and greeting people,” she wrote. “On the spur of the moment, I decided to say hello.”

“I walked up to her, held out my hand, and said, ‘Congratulations on your win.’ She took my hand, smiled graciously, and said, ‘Thank you so much.’ We didn’t stay much longer at the party, as I was more interested in having dinner than hearing the speeches that were to come. I didn’t meet Joe Biden that night, but meeting Neilia stuck with me,” she continued.

Stevenson said he believed the two were having an affair in August 1974 and claims he later confirmed his suspicions in October that year after a customer walked into his workplace to inform him that the senator was in his wife’s brown Corvette with her.

“I was at work, and a guy came in and asked: ‘Do you own a brown Corvette?’ I said, ‘Yes, it’s my wife’s car.’ He said back in May it had crunched his bumper and they told him to get an estimate, and he never heard back from them. I said: ‘Wait a minute. Who is they?’ And he said: ‘Funnily enough, Sen. Biden was driving,” Stevenson said.

The report comes days before Joe Biden is set to accept the Democratic nomination for president. The Washington Examiner reached out to the Biden campaign for comment.