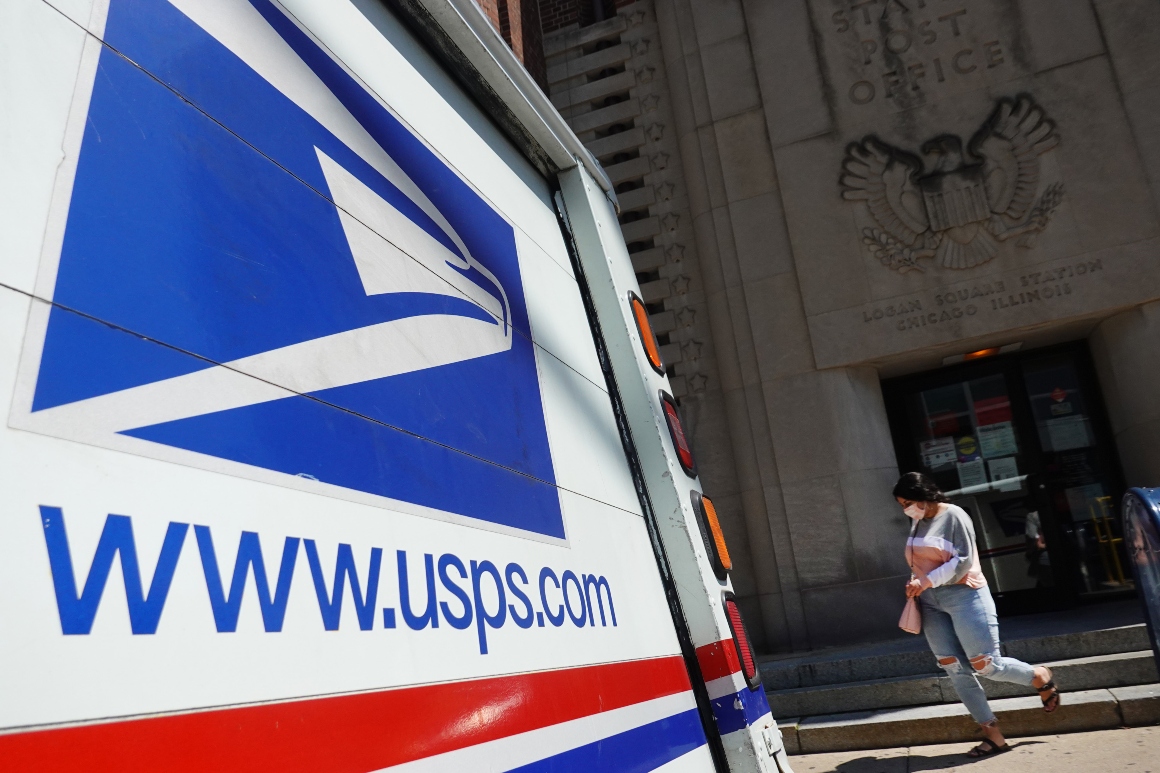 Speaker Nancy Pelosi finalized plans Monday to provide billions of dollars in funding to the flailing Postal Service as Democrats seek to prop up the agency ahead of the November election, even while senior Republicans decry the move as partisan and unnecessary.

The House will vote Saturday on legislation that will deliver $25 billion to address funding shortfalls and block organizational changes at the Postal Service that Democrats say are politically motivated and threaten to jeopardize the presidential election by inhibiting mail-in voting.

Democrats are mounting an aggressive defense of the Postal Service amid escalating attacks from President Donald Trump and his top allies, who have rejected mail-in voting even as the pandemic shows no signs of abating. Trump has repeatedly questioned the validity of mail-in voting, claiming without any evidence that it is ripe for fraud.

Pelosi said the bill, which will be released by the House Oversight Committee in the coming days, paints a “clear choice” for Republicans, many of whom have remained silent during Trump’s continued broadsides against the Postal Service and mail-in ballots.

“We want them to vote for this, that’s why I held back on some suggestions people want,” Pelosi told Democrats on a caucus call Monday morning, according to three sources on the call.

But it’s unclear if any Republicans will support the bill — House Minority Whip Steve Scalise (R-La.) called Pelosi’s plan a “money grab” in a Fox Business interview Monday. And Senate Majority Leader Mitch McConnell expressed little urgency to address the issue at an event in Kentucky on Monday, saying the “Postal Service is going to be just fine.”

The House will return for just one day on Saturday — in a rare interruption of the chamber’s August recess and after this week’s Democratic National Convention — to vote on the bill, which was still being drafted Monday afternoon. Pelosi said members would see the final text within 24 hours.

Trump launched another attack on the Postal Service on Monday afternoon, declaring that the agency “has been failing for many decades” and asserting that Democrats “don’t have a clue,” but failing to offer a plan to fix its current crisis.

Post offices nationwide have reported mail delays in recent weeks, with Democrats pointing fingers at Trump’s handpicked postmaster general, Louis DeJoy, a major GOP donor who took the helm of the agency in May.

Democrats plan to grill DeJoy about his operational changes — which include a reduction in overtime hours, a hiring freeze at senior levels and efforts to remove mail-sort machines — at an emergency hearing on Monday, Aug. 24. DeJoy, who has agreed to testify before the committee, has denied any “slowing down” of mail.

The Democrats’ bill would be modeled after legislation released by Oversight Chair Carolyn Maloney (D-N.Y.) last week, with additional language to address mail-sorting machines — some of which have been removed from processing centers under recent orders from the Trump administration.

Initially, Democrats were planning to pass the Maloney bill to address organizational changes but not provide additional funding. But Pelosi announced the change to include billions in funding during the private caucus call Monday.

The Postal Service Board of Governors requested $25 billion earlier this year to head off expected funding shortfalls due to the coronavirus pandemic. Democrats agreed, including the $25 billion in a coronavirus relief bill the House approved in May.

But Senate Republicans refused to consider the legislation, dismissing the broader bill as a Democratic wish list. Congressional negotiators and the White House instead agreed to $10 billion in emergency funding for the Postal Service during coronavirus negotiations earlier this month.

Those talks fell apart and it’s unclear when — or if — congressional leaders and the White House will resume negotiations on a broader relief package. Meadows said Monday he hasn’t spoken to Pelosi or Senate Minority Leader Chuck Schumer in over a week.

“We’re not expecting a follow up call from Speaker Pelosi unless her members encourage her to actually come back to the negotiating table,” Meadows said.

Senate Republicans are also planning to introduce a “skinny” coronavirus relief package that’s expected to include $10 billion for the U.S. Postal Service, $300 in boosted weekly federal unemployment benefits until late December, more funds for the Paycheck Protection Program and liability protections, a top priority for McConnell. It will also likely include funds for schools and testing.

Sens. Susan Collins (R-Maine) and Dianne Feinstein (D-Calif.) introduced a bill in July that would provide the Postal Service with up to $25 billion in emergency funding. Among the bill’s GOP supporters are Sens. Steve Daines (R-Mont.) who faces a competitive Senate race in November and Roy Blunt (R-Mo.).

“All Missourians, especially seniors, veterans, and people in rural communities, depend on timely, reliable mail delivery,” Blunt said in a statement Monday. “I fully support including additional funding for the USPS in the next COVID-19 relief package.”

Democrats on the caucus call Monday debated whether to pass additional legislation during the emergency session this weekend to address the coronavirus pandemic but for now Pelosi and her leadership team plan to stay narrowly focused on funding the Postal Service.

McConnell said Monday that Republicans had been willing to devote some additional money to shoring up the Postal Service during the coronavirus pandemic in earlier negotiations with Democratic leaders.

“We’re going to make sure that the ability to function going into the election is not adversely affected,” McConnell said. “I don’t share the president’s concerns … and in fact Secretary Mnuchin, in discussions with the speaker, had already indicated the administration is prepared to spend up to $10 billion just to make sure the Post Office is on good firm footing going into the November election.”

“Nothing is lost,” McConnell said. “The discussions are still underway through the magic of telephones, which were invented about 100 years ago and become more and more sophisticated all the time.”

But he also downplayed expectations that a deal could be reached soon, saying, “I can’t tell you with certainty that we’re going to reach an agreement.”

Over the weekend, Schumer called on McConnell to bring the Senate back in session, citing the House’s upcoming vote on its USPS bill.