Getting vaccinated for the flu this year is particularly important, WHO officials say – CNN

It appears that the circulation of flu in the Southern Hemisphere — which includes Australia, New Zealand, Argentina, Chile, South Africa and Zimbabwe — is low. However, making assessments of what will happen in the Northern Hemisphere — which includes North America, Europe and much of Asia — needs to be done carefully.
Maria Van Kerkhove, WHO’s technical lead for Covid-19, explained that the Global Influenza Surveillance and Response System is being used in countries for both flu and Covid-19. This system collects samples from across the globe from people who have flu-like or severe respiratory illnesses to test for viruses like flu. 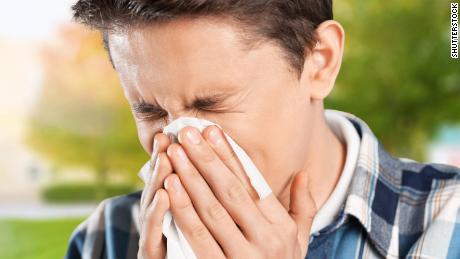 Many countries are continuing to test for flu, and in the last two-week reporting period for this system, there were almost 300,000 flu specimens tested. Only 37 came back positive for the virus, “so it seems like flu circulation is low.”
This could be for a number of reasons, Van Kerkhove said.
In the Southern Hemisphere where it is flu season, many of the public health measures put in place to protect against Covid-19 could be playing a role in reducing flu circulation.
“I think we need to be careful about making an assessment of what may happen in the Northern Hemisphere for a number of reasons,” Van Kerkhove said.

First and foremost, she said, the systems put in place across the globe must continue to test for both Covid-19 and flu. It is also important that people get vaccinated for the flu when the vaccine becomes available.
Because it could be difficult to immediately distinguish between a Covid-19 infection or a flu infection, testing will be needed.
“It could complicate the clinical picture, but there are tools that are in place for influenza,” said Van Kerkhove. “So it is really, really important than when the vaccine becomes available for flu, that people do take that vaccine.”

There are an estimated 1 billion flu cases annually around the world, of which 3 to 5 million are severe cases, resulting up to 650,000 flu-related respiratory deaths, according to WHO’s Global Influenza Strategy for 2019-2030.
Influenza is one of the top 10 leading causes of death in the United States annually. From October 2019 to April 4, 2020, the US Centers for Disease Prevention and Control estimates there were as many as 56 million flu illnesses, 740,000 hospitalizations and up to 62,000 deaths from the flu.
Getting a flu shot this year “will save lives,” Dr. Robert Redfield, the CDC’s director, said in June.
Covid-19 hit the Northern Hemisphere as many places were coming out of flu season, according to Dr. Bruce Aylward, a senior adviser at WHO.
A lot of the surge capacity used to manage critically sick Covid-19 patients initially came from the surge capacity available from dealing with the flu, he said.
“That highlights the reason it’s so important to get the flu vaccination rates up this year, even relative to previous years,” said Aylward. “We need that capacity potentially to manage Covid.”
That includes children, according to the American Academy of Pediatrics, which recommends that everyone 6 months and older be vaccinated this year.
There is also still a “huge susceptibility gap” when it comes to Covid-19, Aylward said.
“We’re going into a high season for transmission of respiratory illnesses and hence our concern that we have all possible capacities optimized to be able to manage that,” he said. “And part of this is going to be managing flu and managing, ensuring optimal flu vaccination.”