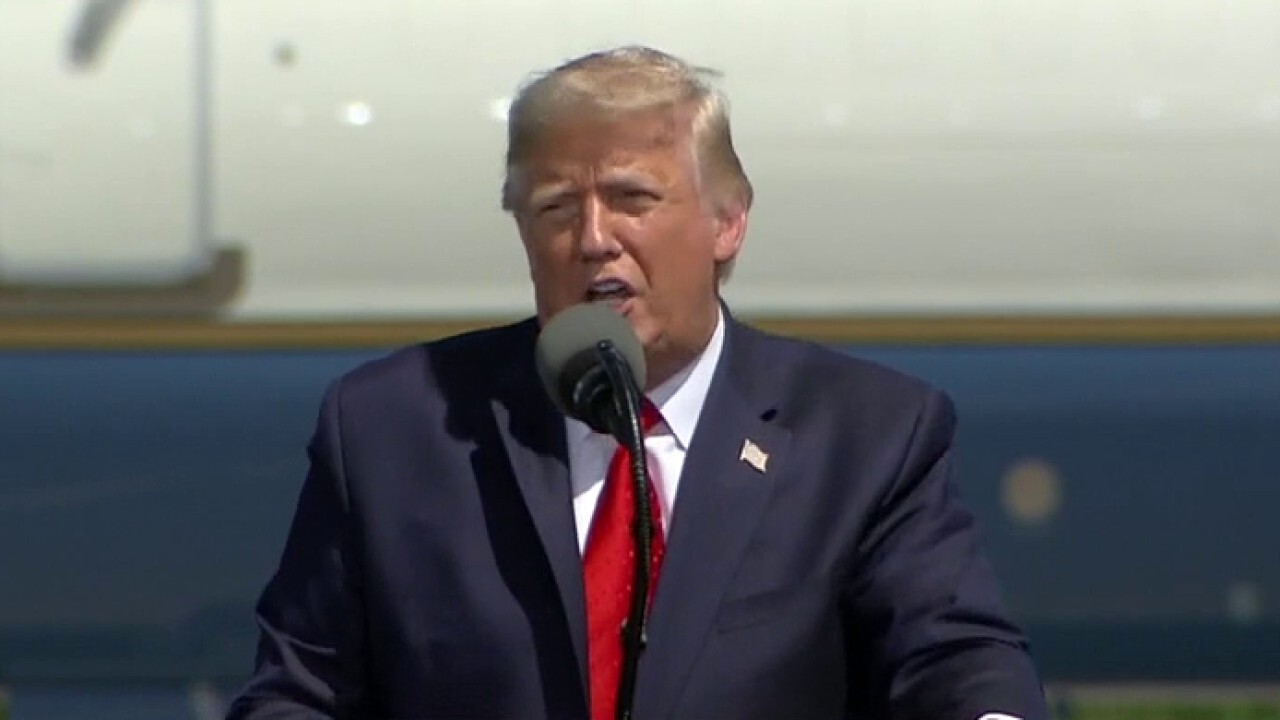 Miles Taylor, who served as chief of staff to Department of Homeland Security Secretary Kirstjen Nielsen in the Trump administration from 2017 to 2019, on Monday backed the former vice president and presumptive Democratic nominee.

Taylor, who called the president “dangerous” for America and accused Trump of repeatedly using the powers of his office for political purposes, exclusively told Fox News that “this won’t be the last the president hears from me.”

Taylor, a longtime Republican who served as an adviser to the then-GOP controlled House Homeland Security Committee before heading in 2017 to the Department of Homeland Security as a political appointee, announced his endorsement in a video released by the group Republican Voters Against Trump.

“What we saw week in and week out, for me, after two and a half years in that administration, was terrifying. We would go in to try to talk to him about a pressing national security issue — cyberattack, terrorism threat — he wasn’t interested in those things. To him, they weren’t priorities,” Taylor said in the video.

Taylor charged that “the president wanted to exploit the Department of Homeland Security for his own political purposes and to fuel his own agenda.”

Taylor claimed in the video that the president directed the Federal Emergency Management Agency (FEMA) to withhold disaster funding following devastating wildfires in California because the state overwhelming voted for Hillary Clinton in the 2016 election.

“He told us to stop giving money to people whose houses had burned down from a wildfire because he was so rageful that people in the state of California didn’t support him and that politically it wasn’t a base for him,” Taylor charged.

The White House shot back, saying that California did receive federal disaster money to assist with wildfire recovery and that the president was very clear about why he was concerned with sending additional disaster dollars to California. They explained it was “because of the state’s inability to mitigate wildfire risks due to their radical environmental policies.”

In an opnion piece in the Washington Post headlined, “I saw firsthand how dangerous Trump is for America,” Taylor spotlighted an Oval Office meeting in March of last year where he charged that the president “told us to close the California-Mexico border.”

Taylor added that Trump argued that “it would be better for him politically, he said, than closing long stretches of the Texas or Arizona border – or to “dump” illegal imimgrants in Democratic-leaning sanctuary cities and states to overload their authorities, as he insisted several times.”

The White House responded, saying that the president “was very public about his threat to closing the border with Mexico” and noted that the threat “is what got Mexico to the table to negotiate a deal. No border was ever closed but it was the President’s leadership who achieved success.”

White House deputy press secretary and special assistant to the president Judd Deere told Fox News that Taylor “is another creature of the D.C. Swamp who never understood the importance of the president’s agenda or why the American people elected him and clearly just wants to cash-in.”

And he described Taylor as among a group of “government bureaucrats who are only out for themselves, not the forgotten men and women of this country.”