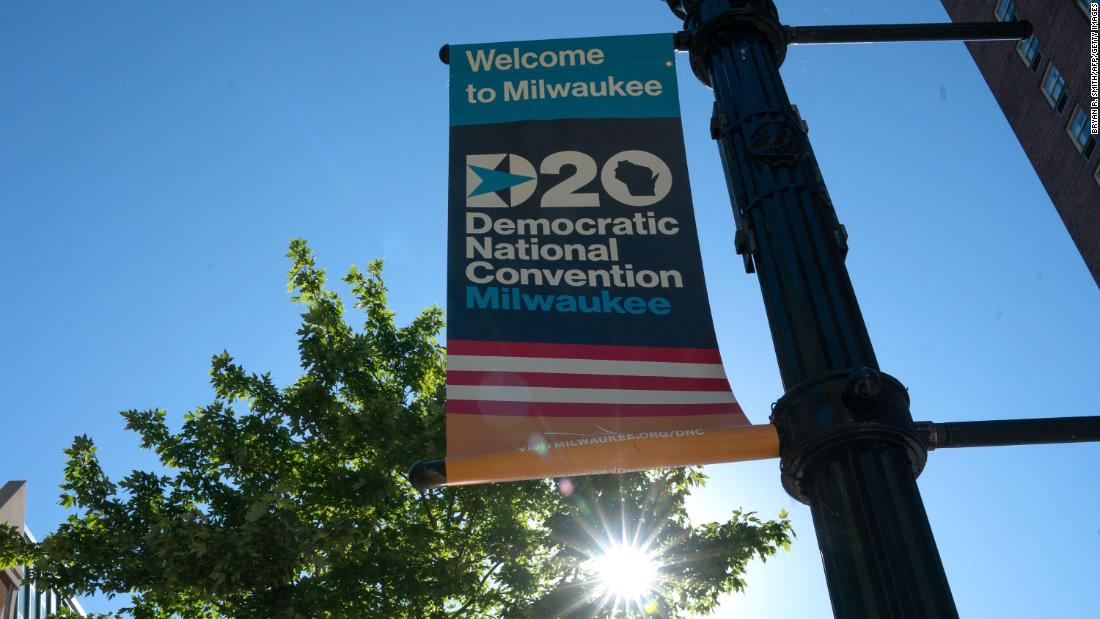 Former first lady Michelle Obama, Vermont Sen. Bernie Sanders and New York Gov. Andrew Cuomo are the among headliners for the first night of programming that will be emceed by actress Eva Longoria.
RELATED: Live updates from the first day of the Democratic National Convention
In an effort to broaden the party’s appeal at a time when a new CNN poll shows the race between Biden and President Donald Trump tightening, Democrats added three Republican women to Monday night’s lineup, which was already slated to include former Ohio Republican Gov. John Kasich.
Meg Whitman, the 2010 Republican nominee for governor of California who backed Hillary Clinton in 2016, will speak during Monday’s program, which airs from 9 p.m. to 11 p.m. ET, along with Susan Molinari, a former Republican congresswoman from New York, and Christine Todd Whitman, who headed the Environmental Protection Agency under former President George W. Bush and is also the former governor of New Jersey.
Party officials have said that Monday’s theme will be “We the People” — with remarks focused on how the country can unite and move forward.
Michelle Obama will deliver a sharply worded critique of Trump as “the wrong President for our country,” calling him a leader who is unfit for office and “in over his head,” an adviser told CNN’s Jeff Zeleny.
“It’s very strong, tough and personal,” the adviser said. “Tonight, she doesn’t hold back.”
In her taped address, she will also serve as a character witness for Biden, who she will call “a profoundly decent man guided by his faith” and someone who served as a “terrific vice president” to her husband.
“He knows what it takes to rescue an economy, beat back a pandemic and lead our country. And he listens,” Michelle Obama said in the released video. “He will tell the truth and trust science. He will make smart plans and mange a good team and he will govern as someone who has lived a life the rest of us can recognize.”
The former first lady plans to highlight Biden’s empathy explained through the many losses he has weathered in his life, from the car accident that claimed the life of his first wife and his daughter to the death of his son, former Delaware Attorney General Beau Biden, who died from brain cancer in 2015 at the age of 46.
“Joe knows the anguish of sitting at a table with an empty chair. Which is why he gives his time so freely to grieving parents,” Obama said in the video, adding that Biden also hands out his personal phone number to children trying to overcome a stutter as he did as a young man. “His life is a testament to getting back up. And he is going to channel that same grit and passion to pick us all up — to help us heal and guide us forward.”
Tying together the unity theme of the night, Sanders hopes to galvanize the many young, progressive voters who supported his campaign four months after he abandoned his own White House bid and backed Biden.
He will urge Democrats in his speech to come together and “remove the most dangerous President in history,” because he will say “the price of failure is just too great to imagine.”
Biden’s lead over Trump among registered voters shrinking significantly since June, according to a new CNN poll conducted by SSRS. But his selection of Harris, the junior senator from California and former attorney general of California, as his running mate has drawn largely positive reviews, according to the poll.
This is a breaking story and will be updated.