Fernando Tatis Jr. hit a grand slam and both managers got mad at him for breaking ‘unwritten rules’ – SB Nation 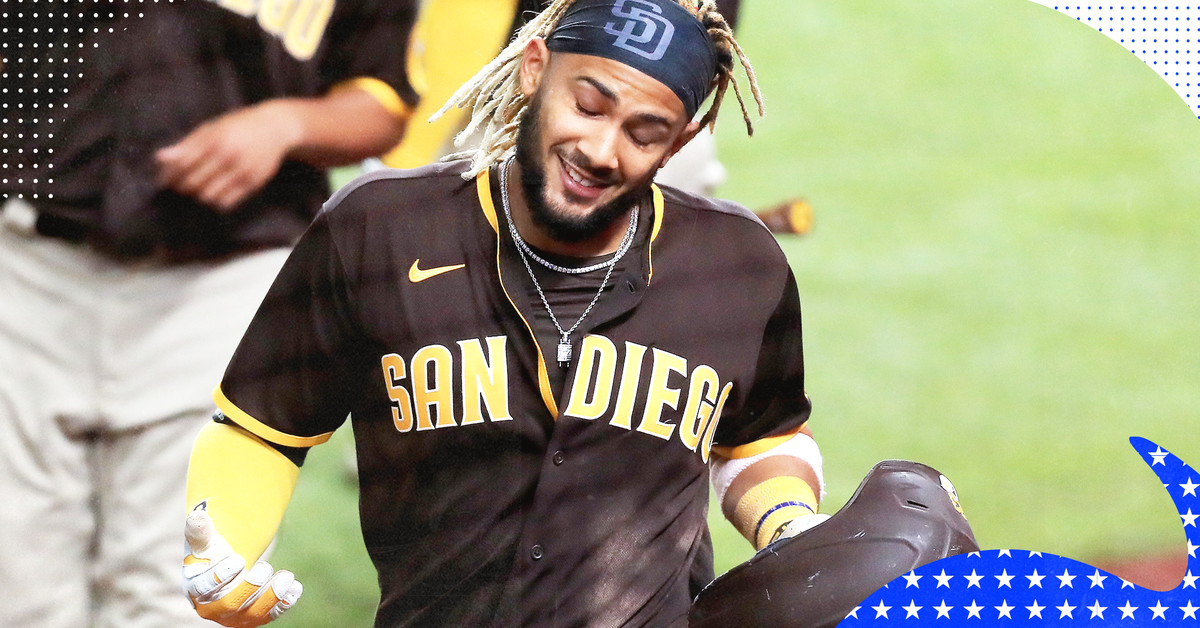 Fernando Tatis Jr. is arguably the best young player in baseball. The 21-year-old shortstop for the San Diego Padres is posting a .305/.383/.726 slash line at the plate and leads MLB in home runs with 11 in the first 23 games of the new season.

Tatis’ greatness was on full display against the Texas Rangers on Monday night, and it led to the type of non-sensical controversy that only baseball can produce at the end of the game.

Fernando Tatis Jr. hit a grand slam with his team up 10-3

The Padres were up by seven runs when Tatis stepped to the plate in the eighth inning. He had already hit one homer on the night. Tatis was sitting on a 3-0 count when Rangers pitcher Juan Nicasio threw a pitch down the middle of the plate.

Tatis did the only sensible thing in that situation: he crushed it out of the park.

As Tatis rounded the bases, Texas Rangers manager Chris Woodward was visibly upset. Not at his pitcher for giving up a grand slam — but at Tatis for mashing it over the fence.

The Rangers hit the next San Diego batter:

The Rangers were furious at Tatis for ‘running up the score.’ His own manager didn’t even defend him

The Padres would win the game 14-4 to improve to .500 (12-12) on the year. After the game, Woodward blasted Tatis for breaking the game’s unwritten rules.

Rangers manager Chris Woodward on Fernando Tatis Jr. swinging 3-0 on his grand slam: “I didn’t like it personally. You’re up by 7 in the 8th inning, it’s typically not a good time 3-0. It’s kind of the way we were all raised in the game. But … the norms are being challenged.”

Tatis’ own manager didn’t even have his back. San Diego skipper Jayce Tingler said after the Tatis had a “take” sign in that situation. He described the moment as a “learning opportunity” for Tatis.

Seriously. His own manager wanted to take a strike rather than hit a dinger.

Tingler saying he’d rather his own player take a strike than hit a grand slam holy shit what a dumb soft sport baseball can be sometimes. Constantly caught in its feelings. pic.twitter.com/58R1xRZ3m0

Tatis did nothing wrong. Both managers are acting childish and should be embarrassed by their comments.

How many times must baseball have the exact same stupid controversy? The people in this situation who need to change their behavior are the adult managers, not the 21-year-old superstar.

First of all, the game wasn’t exactly out of reach. Tatis’ grand slam put it there. Imagine if the Rangers would have come back in the ninth because the Padres told their star hitter to take a strike rather than hit a homer. San Diego is in a playoff race. There’s zero reason to stop trying to compete.

The Padres’ win probability was 99.6 percent when Fernando Tatis Jr. came to the plate in a seven-run game in the 8th.

Tatis shouldn’t have needed to apologize after the game, but he basically did it anyway. Here’s his explanation.

Tatis said he missed a take sign on his 3-0 grand slam because he was “locked in, just trying to produce for my team.”

Baseball needs superstars. Tatis is a burgeoning one. Baseball should be trying to get people excited for Tatis’ greatnesses, not yelling at him for being awesome.

Tatis didn’t do anything wrong. He didn’t hurt anyone. The Rangers’ childish manager and opposing pitcher got upset about it, and literally no one defended Tatis. If the Rangers are upset about him hitting a dong on a 3-0 pitch, well: throw a better 3-0 pitch.

This is all so stupid and so baseball. Fernando Tatis Jr. rules. These managers sound like babies and need to have their diapers changed. Too often baseball managers can be old school to the point of hurting the game’s long-term growth prospects.

We hope Tatis doesn’t listen to them. Just keep mashing.