Proactively manufacturing a vaccine to prevent delays in getting it to the public is a smart strategy, but “Operation Warp Speed,” the name the Trump administration gave the initiative, could sow doubt about a vaccine’s safety, according to infectious diseases expert Dr. Anthony Fauci.

A bit of an “unfortunate terminology,” the name “Operation Warp Speed” tends to “subliminally suggest reckless speed,” Fauci told PBS NewsHour on Thursday. However, speed doesn’t always mean officials are cutting corners, he said, and development of the coronavirus vaccine is being doing speedily and safely.

Fauci, the director of the National Institute of Allergy and Infectious Diseases, maintained his long-standing projection that there could be a safe vaccine by the end of the year or the beginning of next year. The ability to create a vaccine at that speed is due to advancements in technology and taking a financial risk, he said.

“We have a half a dozen vaccines, but before you give it to the American public you want to be absolutely certain” it is effective and safe,” Fauci said, a reference to the vaccine that Russia promoted on Monday as being ready to go. 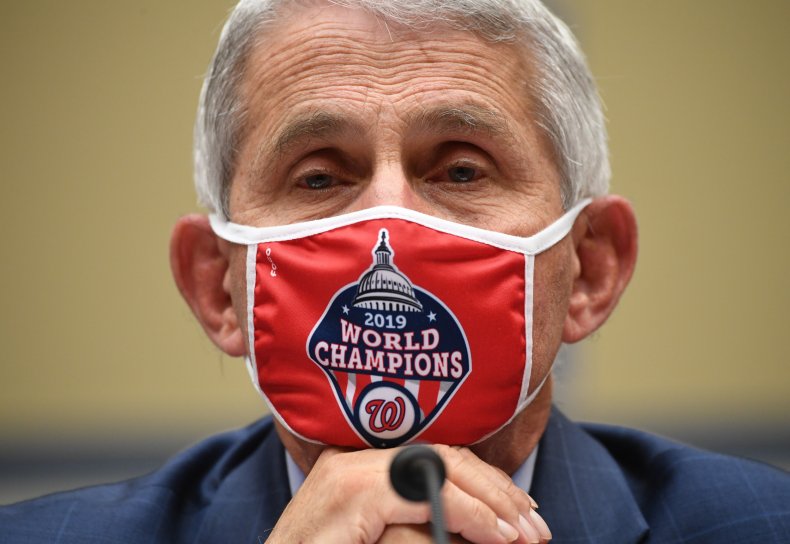 Dr. Anthony Fauci, director of the National Institute of Allergy and Infectious Diseases, testifies before the House Subcommittee on the Coronavirus Crisis on July 31. On Thursday, he told “PBS NewsHour” that the name “Operation Warp Speed” is unfortunate because it can suggest “reckless speed.” Kevin Dietsch-Pool/Getty

Health experts say a coronavirus vaccine is vital to returning to normal life, but just having a vaccine isn’t helpful unless people are willing to be inoculated.

Conspiracy theories and safety concerns are fueling resistance to the vaccine. A Marist poll released Friday found only 60 percent of people would choose to be vaccinated. Thirty-five percent of respondents said they would not be vaccinated, and 5 percent were unsure.

Republicans, women, minorities and those without college degrees were more likely to be resistant to vaccination, the poll found. Uncertainty about whether to be vaccinated increased with age. Only 4 percent of millennials said they had yet to make up their mind about getting the vaccine, whereas 9 percent of people over 74 said they were unsure.

As part of Operation Warp Speed, doses of a vaccine will be manufactured before it proves to be safe and effective. The goal is to have 300 million doses ready to be administered to the American public, and the administration has entered agreements with at least three companies.

It’s a process that requires a significant financial investment but one that Fauci has praised time and time again. On August 5, he told Bloomberg’s Balance of Power show that preparing sites for clinical trials and proactively producing the vaccine can shave off months of time if a vaccine candidate works out. And if the candidate isn’t viable, “the only thing you’ve lost is money,” he noted.

Several coronavirus vaccines are in the last phase of clinical trials, and Facui hopes at least one of the candidates will be more than 70 percent effective. However, if it’s slightly lower, at 50 or 60 percent, Fauci said he’ll still “feel good” about inoculations.

Newsweek reached out to the White House for comment but did not receive a response in time for publication.