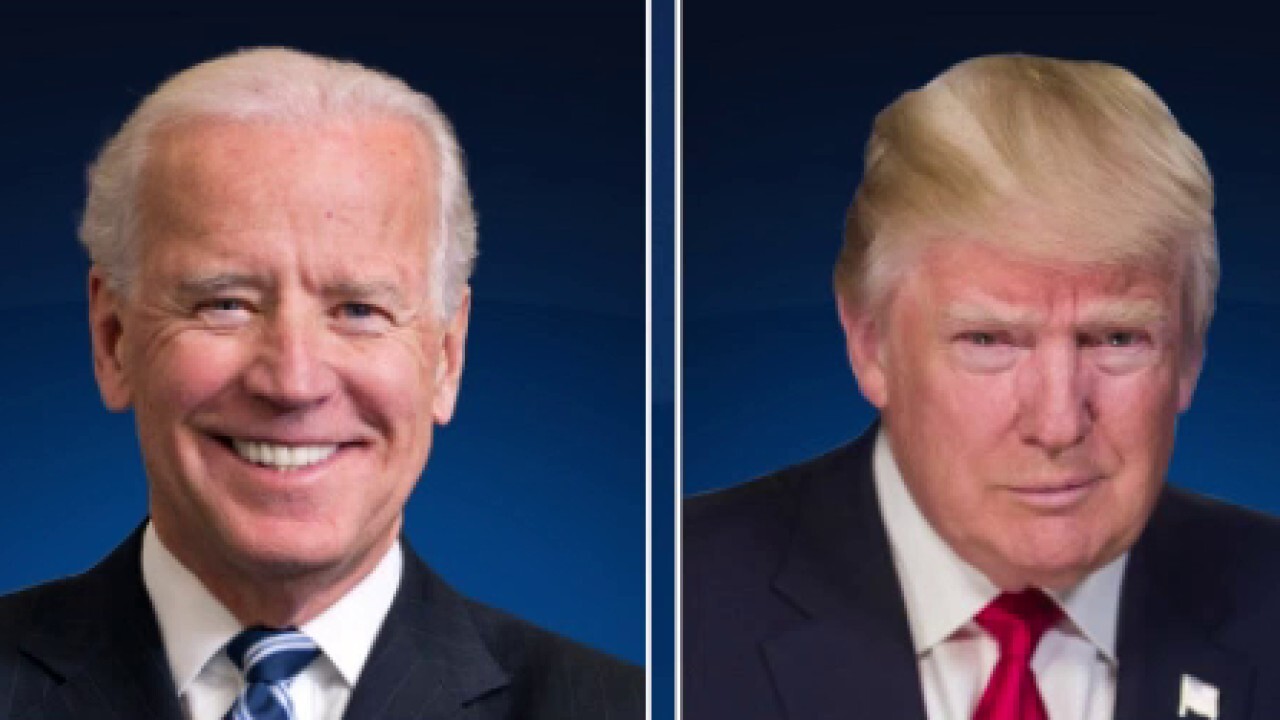 The evening newscasts on ABC, CBS and NBC have been 150 times more negative when covering President Trump compared to presumptive 2020 Democratic presidential nominee Joe Biden, according to a new study.

The Media Research Center analyzed all statements made by reporters, anchors and nonpartisan sources, such as experts or voters, made on CBS’ “Evening News,” “NBC Nightly News” and ABC’s “World News Tonight” from June 1 through July 31.

The findings showed that Biden has received eight positive evaluative statements with only four negative comments made about the former vice president in a two-month period. But when it comes to Trump, the study showed that coverage has been overwhelmingly negative.

The MRC did not include evaluations and comments from partisan sources in the findings.

TRUMP TO CAMPAIGN IN BATTLEGROUND STATES DURING DEMOCRATIC CONVENTION

MRC research director Rich Noyes, who conducted the study, feels that “millions of viewers are witnessing the most biased presidential campaign coverage in modern media history.”

Noyes noted that ABC, CBS and NBC evening newscasts focused 512 minutes of airtime on Trump over the two-month sample, which is nine times more than the 58 minutes spent on Biden. While the sitting president receiving much more coverage during a global pandemic doesn’t seem unusual, the tone of the coverage surprised Noyes.

“I’ve been studying the news media and elections for more than 35 years. Trust me — there’s never been anything like it,” Noyes wrote. “Do the math, and viewers heard 150 TIMES more negative comments about Trump than Biden. That’s not news reporting — that’s a negative advertising campaign in action.”

Trump regularly blasts the mainstream media for what he feels is unfair coverage and recently accused Biden of avoiding tough questions from reporters.

THE 2020 DEMOCRATIC NATIONAL CONVENTION: WHAT TO KNOW

“If you consider the evening newscasts a reliable gauge of the liberal media at large (cable news, big newspapers, etc.), it means Biden has enjoyed an army of so-called journalists conducting a massive negative information campaign against his opponent, while he is sheltered from any scrutiny,” Noyes wrote.

“Controversies from the spring, such as allegations from former staffer Tara Reade that he sexually assaulted her in the 1990s, completely disappeared from his evening news coverage in June and July,” Noyes added.

As a result, Trump said on Monday that he “has no choice” but to campaign during the Democratic National Convention because Biden gets preferential treatment from the media.

“We have a guy that doesn’t come out of his basement and the media covers,” Trump said on during a phone interview on “Fox & Friends.”

“When they ask me questions, I have these people, there is fire out of their eyes … they’re asking me questions and I see the fire is burning in their eyes,” Trump said. “I look at some of them and say, ‘Boy, how can you have so much hatred?’”

GET THE FOX NEWS APP

“He doesn’t take any questions from reporters,” Trump said. “Here I am getting bombs thrown at me every day by people that are totally, you know, frankly dishonest reporters, they’re espousing the view of the radical left, but here I am, bombs every day … but this guy doesn’t come out of his basement.”