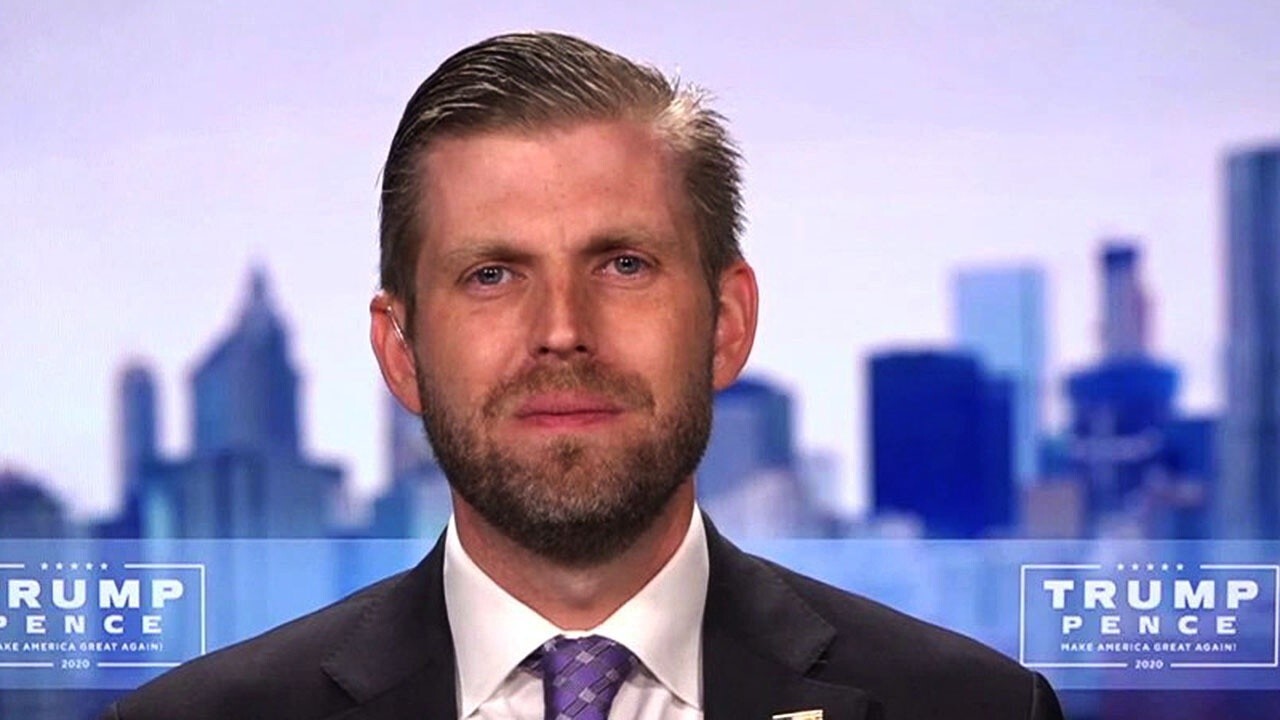 “What’s shocking to me is that you pick a person who pretty much called you racist and who said that she believed…  sexual assault accusers. That’s a little bit scary, right?” President’s Trump’s second son told Fox News Radio national correspondent Eben Brown.

Eric Trump then told a story from a campaign appearance in Florida, where he accompanied state GOP leaders on a three-day bus tour.

“There was an amazing Hispanic woman who came up to me and she said, ‘You know, I’m deeply offended,'” he said. “‘Why could I not have been in contention? Why was it only African-American females that were in contention? What about, you know, Hispanic Americans? I mean, what about — what about me?'”

Trump claimed Biden had “boxed himself in” by pledging to pick a woman of color to be his running mate.

Despite his criticism of the process, Eric Trump claimed his father’s campaign was “secretly … kind of actually hoping it was gonna be her [Harris], because if you look at her, she’s got a lot of baggage.”

“She is incredibly radical. She is at the far-left of the party,” he added. “And, you know, I think it’s a very scary notion for our country.”

Trump also predicted his father would win reelection “by a greater margin than he even did in 2016.”

To hear the full interview, subscribe and download The FOX News Rundown on your favorite podcast player.

The FOX NEWS RUNDOWN is a news-based daily morning podcast delivering a deep dive into the major and controversial stories of the day.