Angelina Jolie has reportedly been looking to move out of the country with her six children, whom she shares with her ex Brad Pitt, to a suburb in London, England.

The recent reports come amid the couple’s yearslong divorce battle in court. 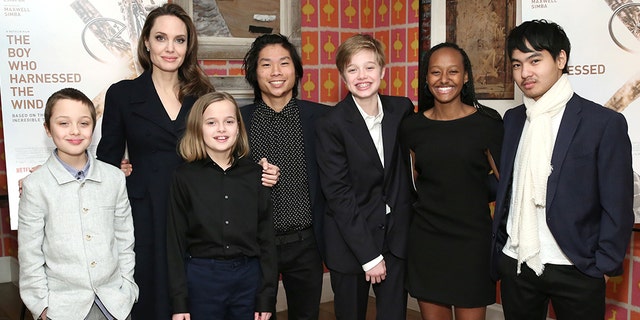 “She believes [Richmond is] a perfect environment for the kids, from a cultural standpoint and educationally,” a source told the Mirror.

They added: “One scenario is that she could have the kids a few months at a time in the UK, then they’d be allowed back to see Brad for longer periods.”

The “Maleficent” star revealed in the December 2019 issue of Harper’s Bazaar magazine that she would’ve liked to move with her children sooner, but she hasn’t because of her ex.

“I would love to live abroad and will do so as soon as my children are 18. Right now, I’m having to base where their father chooses to live,” she told the outlet.

The former couple, who share six children together: Maddox, 19; Pax, 16; Zahara, 15; Shiloh, 14; Knox, 12; and Vivienne, 12, have been locked in a divorce battle since 2016 when it was officially revealed that they were calling it quits after roughly 10 years together and two years of marriage.

Jolie and Pitt’s divorce battle has recently turned bitter because the humanitarian requested the private Judge John W. Ouderkirk be removed from overseeing their divorce proceedings.

The actress’ attorneys have sought in private proceedings to have Ouderkirk disqualify himself, but the filing says Pitt’s side has insisted on keeping him.