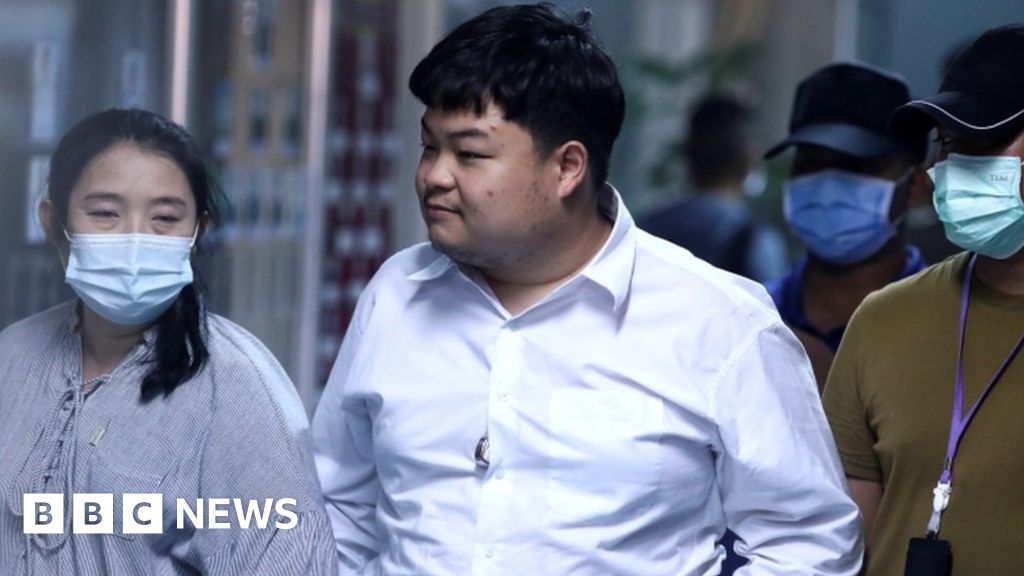 Thai police have detained a prominent student leader amid a growing movement calling for political reforms.

Parit Chiwarak, 22, was arrested on the outskirts of Bangkok for taking part in a demonstration last month. Students have held regular protests since then.

They are calling for a new constitution including changes to tough laws banning defamation of the monarchy.

Prime Minister Prayuth Chan-ocha, a former general, says the majority of Thais do not support the protesters.

Mr Parit’s arrest on Friday was broadcast live on social media by a friend. The footage shows police reading several charges before he is bundled into a car, shouting: “Long live democracy.”

Police Major General Somprasong Yentaum told the AFP news agency: “I can confirm that Parit Chiwarak has been arrested… The charges relate to the demonstration on 18 July.”

He faces charges including sedition, assault and holding an event that could spread a disease.

Two other protest leaders were arrested on similar charges last Friday, but were later released on bail.

The protesters – who are calling for the dissolution of parliament and a new constitution curtailing the political role of the monarchy – have often uses the three-fingered salute from the Hunger Games films.

What are the protests about?

Thailand has a long history of political unrest, but a new wave of protests began in February, after the pro-democracy Future Forward Party (FFP) was dissolved by court order.

It had received the third-largest share of seats in elections a year earlier and was particularly popular with young voters.

Many saw the poll – the first since the military seized power in 2014 – as a chance for change after years of military rule.

But the election saw Mr Prayuth – the former military leader who led the coup – re-installed as prime minister. Protests were held, but were quickly halted by Covid-19 restrictions.

Tensions were revived in June when Wanchalearm Satsaksit, a prominent activist had been living in Cambodia in exile since 2014, went missing. The Thai government has denied any involvement in his disappearance.

Students-led protests erupted again on 18 July, despite a ban of mass gatherings under the country’s state of emergency. Rallies have been held almost daily since then.

The army commander, General Apirat Kongsompong, suggested that the protesters were afflicted by “chung chart”, or “hatred of the nation”.

Why the MyPillow guy was at the White House with notes about martial law – Vox.com