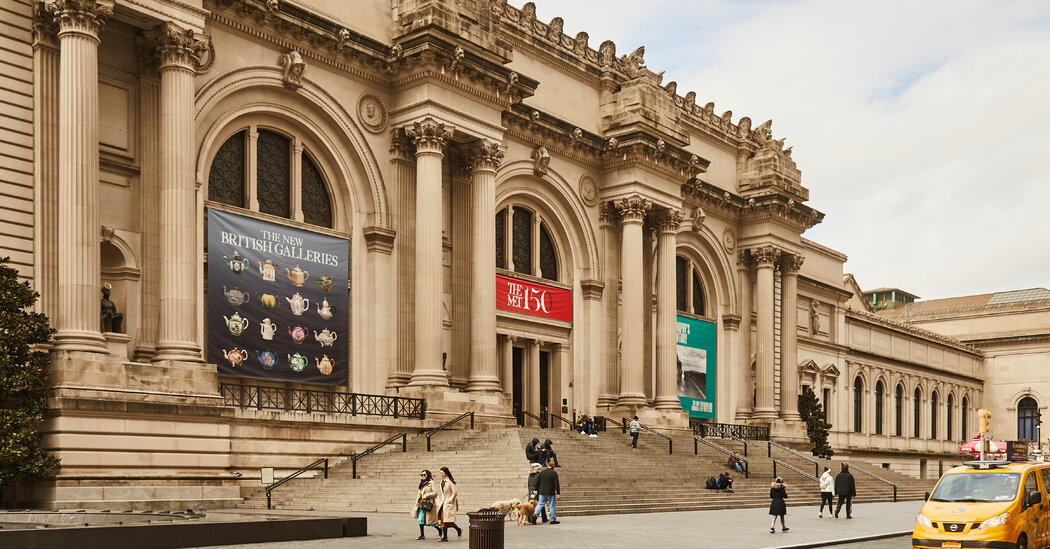 Museums and other cultural institutions will be allowed to open in New York City starting on Aug. 24, Gov. Andrew M. Cuomo said on Friday, following five months of a pandemic shutdown that has resulted in substantial layoffs and financial crises for many of these organizations.

The announcement came as the state has seen less than 1 percent of all coronavirus tests return positive for seven straight days, Mr. Cuomo said in a news conference. Mr. Cuomo surprised administrators by announcing last month that museums would not be allowed to open in Phase 4, which started on July 20.

The plans to lift the lockdown on cultural institutions come with some significant restrictions on the reintroduction of visitors. Institutions will be required to keep the buildings at 25 percent occupancy and to use a timed ticketing system, which would allow museums to carefully regulate how many people are entering at once.

The state also will require museums to control the flow of traffic through their buildings, and face coverings will be compulsory. The directive does not allow theaters and other performing arts venues to open.

For months, museum officials have been making their case to the Cuomo administration that their institutions are able to provide a safe experience for visitors.

“I’m walking on air!” Adam D. Weinberg, the director of the Whitney Museum of American Art, said after the announcement. “We’ve been waiting for weeks with bated breath.”

The Whitney plans to open on Sept. 3, though members would be able to go from Aug. 27 through Aug. 31. Mr. Weinberg said that visitors will all have their temperatures taken at the start of their visits and that museum guards would help enforce social distancing.

Keeping the Whitney at 25 percent capacity will mean about 500 visitors allowed there at a time.

Museum officials have already begun factoring in reduced capacity restrictions into their plans for the fall. This month, the Metropolitan Museum of Art laid off 79 staff members and furloughed many more in anticipation that they would not be allowed to welcome as many visitors as they did before the pandemic struck. The Met is sticking to its previously announced reopening date of Aug. 29; the Met Cloisters will open on Sept. 12.

In April, a task force of more than 20 museums, of various sizes and located in all five boroughs, was assembled to develop guidelines for institutions to follow once they were allowed to reopen.

The suggestions include removing some furniture to maximize the floor space where visitors can stand and “a number of training and orientation days on-site” to make sure that staff members are fully informed about how to prevent the spread of the virus and what the procedure would be for an employees who feels sick. They encourage “de-escalation training,” tactics that staff members at retail stores have had to employ when customers object to wearing a mask or even become violent.

Whitney Donhauser, the director of the Museum of the City of New York, said that the museum has been functionally ready to reopen since July, before Mr. Cuomo changed course. She said that the museum will only allow two people in an elevator at a time and has put decals on the floor that show how far apart visitors should be. The museum had already updated its air filtration system in recent years.

“We’re ready to open now,” she said. “It’s just a question of making sure out staff is trained and ready to go.”